The Strata of the Floor

If you've ever removed glued down carpet you now have my respect and my sympathies.
It's starting to feel more like an excavation than a flooring project.  There was a basic commercial loop carpet on the floor in the front room of the shop.  It wasn't awful, but just not what I wanted.  The previous tenant had torn up the carpet in the back room and painted the concrete.  I had this crazy idea to do the same.  Let me interject here to say I didn't know when I originally had the idea that it was crazy.  Last week it was just an idea.  I'll even venture to say I thought it was a good idea.  Bwhahaha.  I'm over it.
However, there's no turning back now. 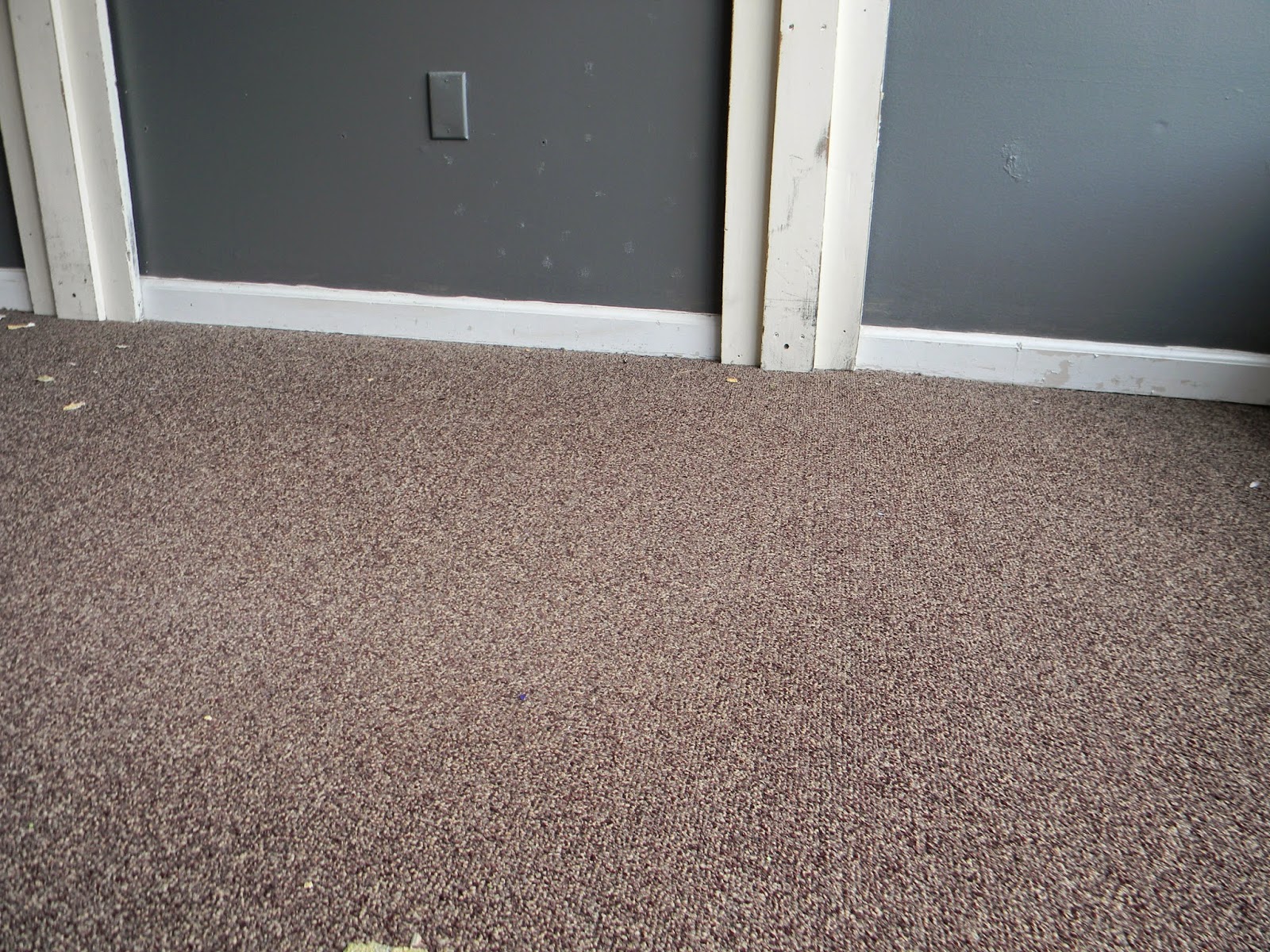 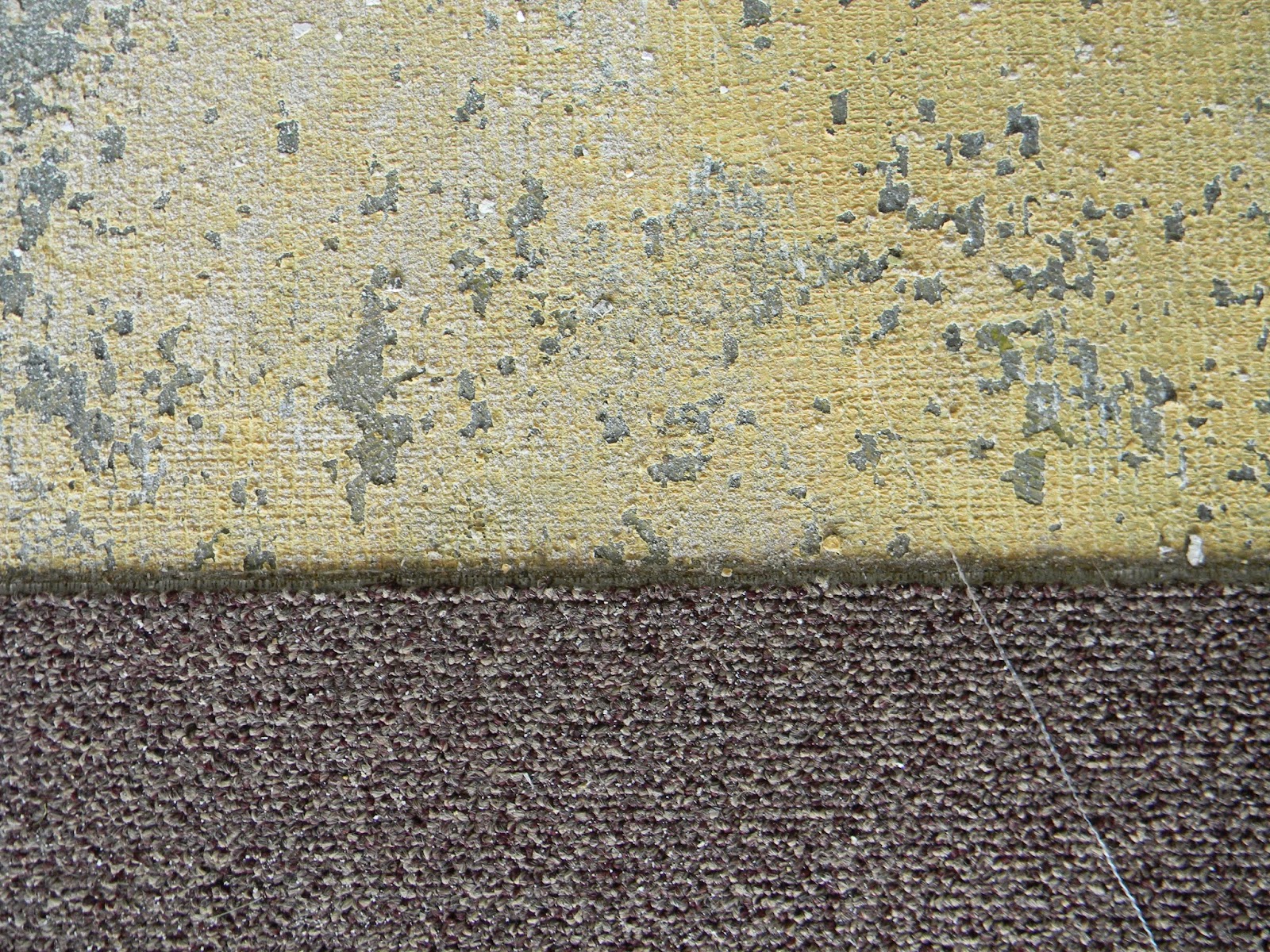 So, when we first pulled up a corner at the first obvious seam we found, this is what we saw.  Just some glue.  No biggy.  I got this. 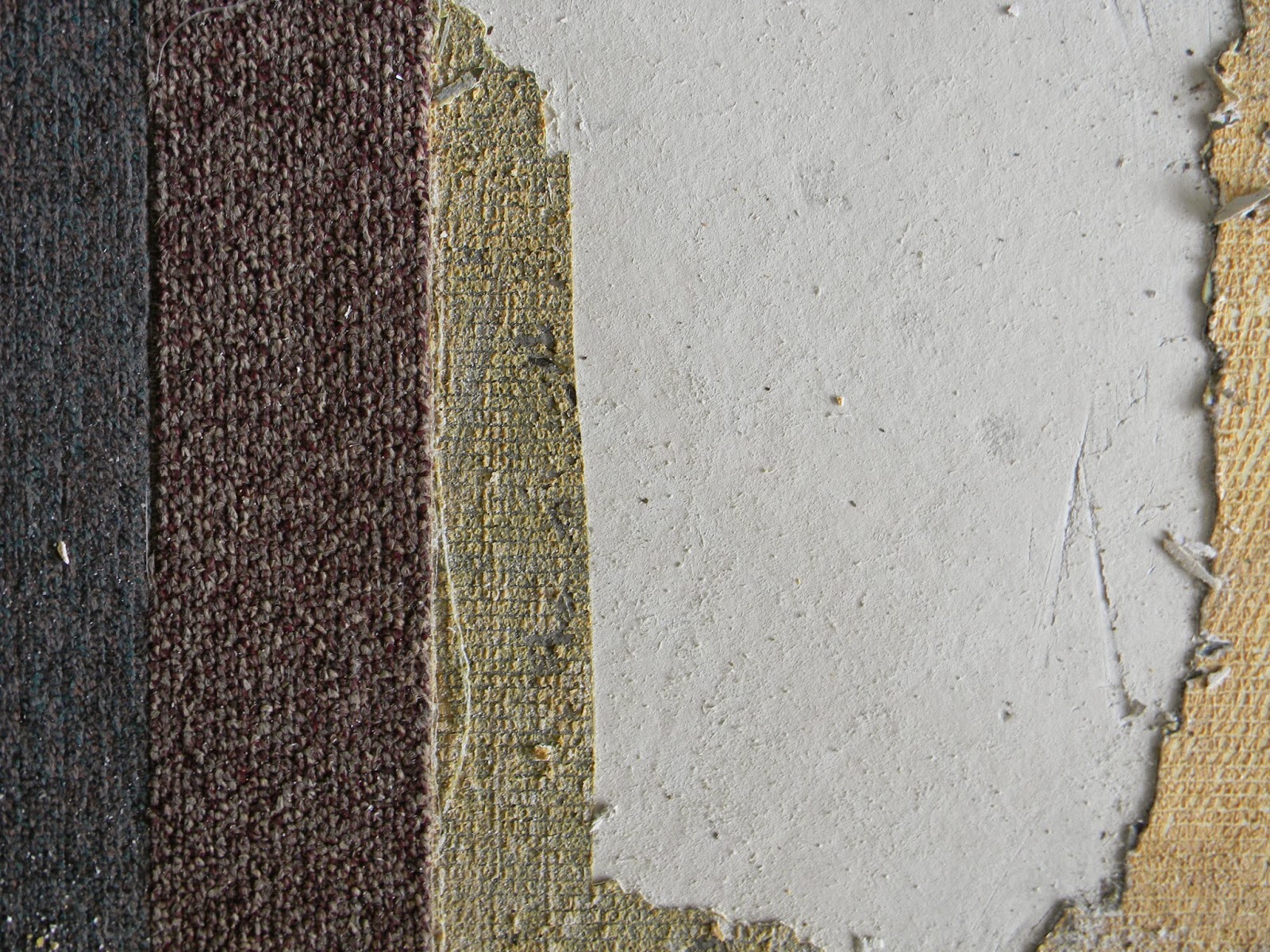 As we pulled, I realized that the first layer I was looking at wasn't just glue.  It was glue on top of 50 year old linoleum on top of weird paper on top of MORE GLUE.  To the left you see the carpet.  The next yellowish layer on both sides of the pic is the carpet glue and linoleum.  The white is the paper under the linoleum. 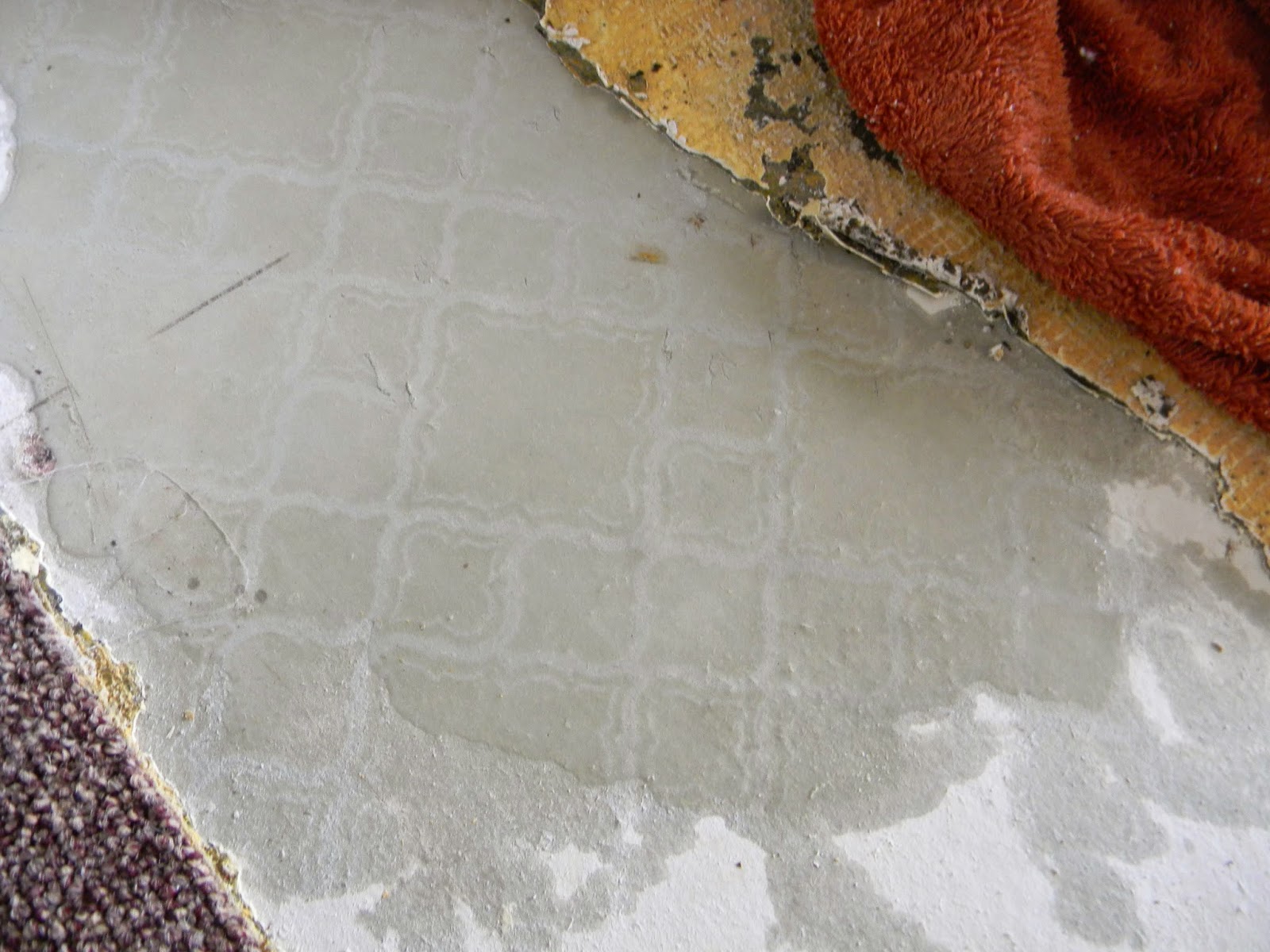 We discovered that if we cut the carpet in small strips and pulled carefully, we could pull up carpet and linoleum in one sheet saving ALOT of time.  Wetting the paper layer seems to make it easier to scrape.  Today I sprayed it with fabric softener, poured on boiling water and covered the area with a towel.  I made a good bit of progress with this method.  That pattern in the paper is the pattern that was on the green and gold linoleum. 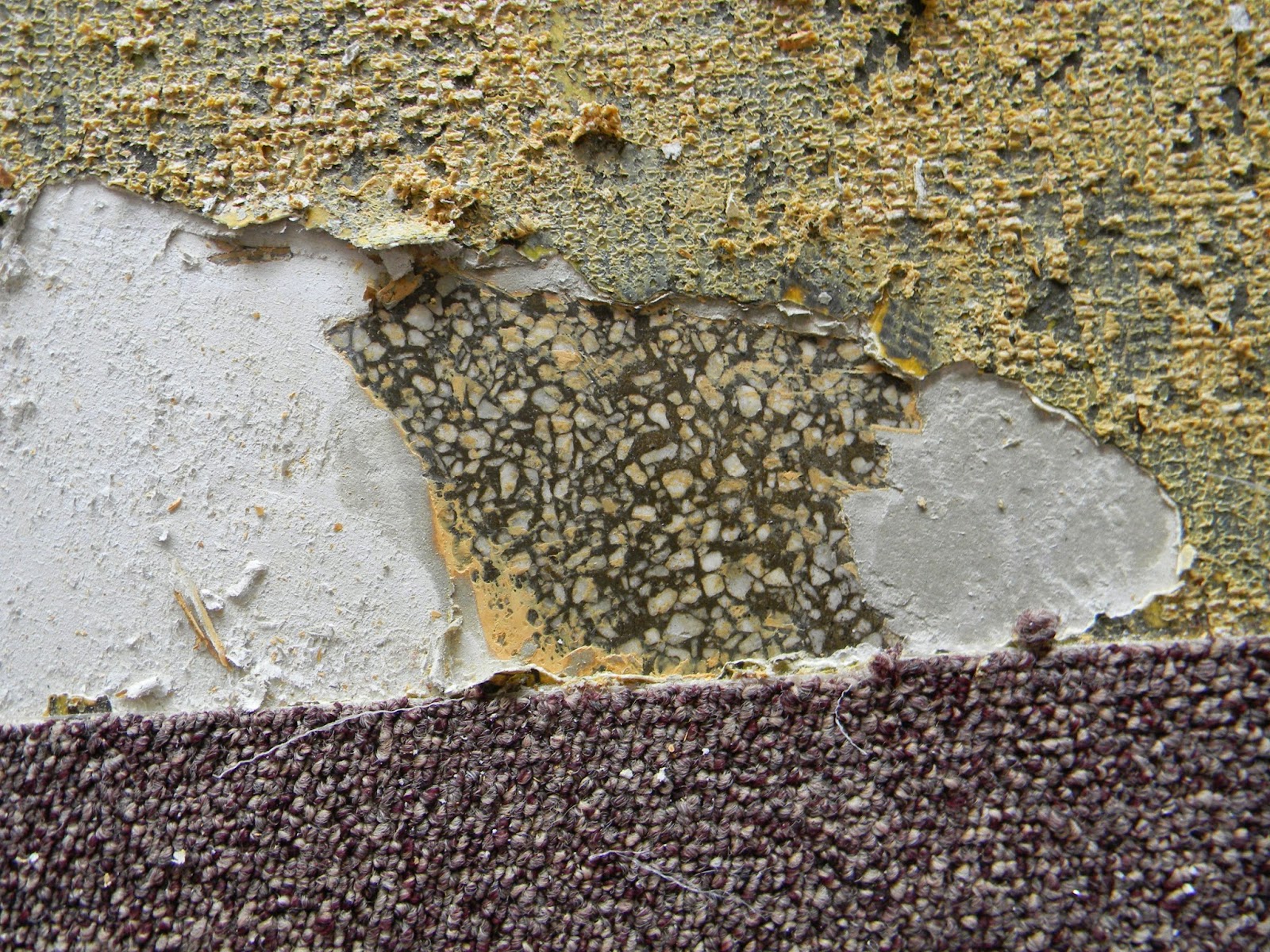 NOW, the good part.
See that little speckled section in the middle?  That is my reward!  I would have been satisfied with just gray concrete, but instead I will have this gorgeous flecked brown, white and SMOOTH
floor when I'm done.
Looking into it, I think it's a kind of flooring called Terrazzo.  It was used quite a bit in the
40's and 50's and then people fell and hit their heads on their Terrazzo floors.
That's the only explanation I can think of as to why, they'd choose orange shag carpet over this beautiful polished floor.  I don't know if the whole floor is in this good of shape, but so far so good.

So this is just a peek.  I was going to show you more, but well I can't seem to retrieve all the pictures from the SD card.  I'll try again tomorrow.  For now, I'm heading to Italy with my buddy Rick Steves.  Good night friends and relations. 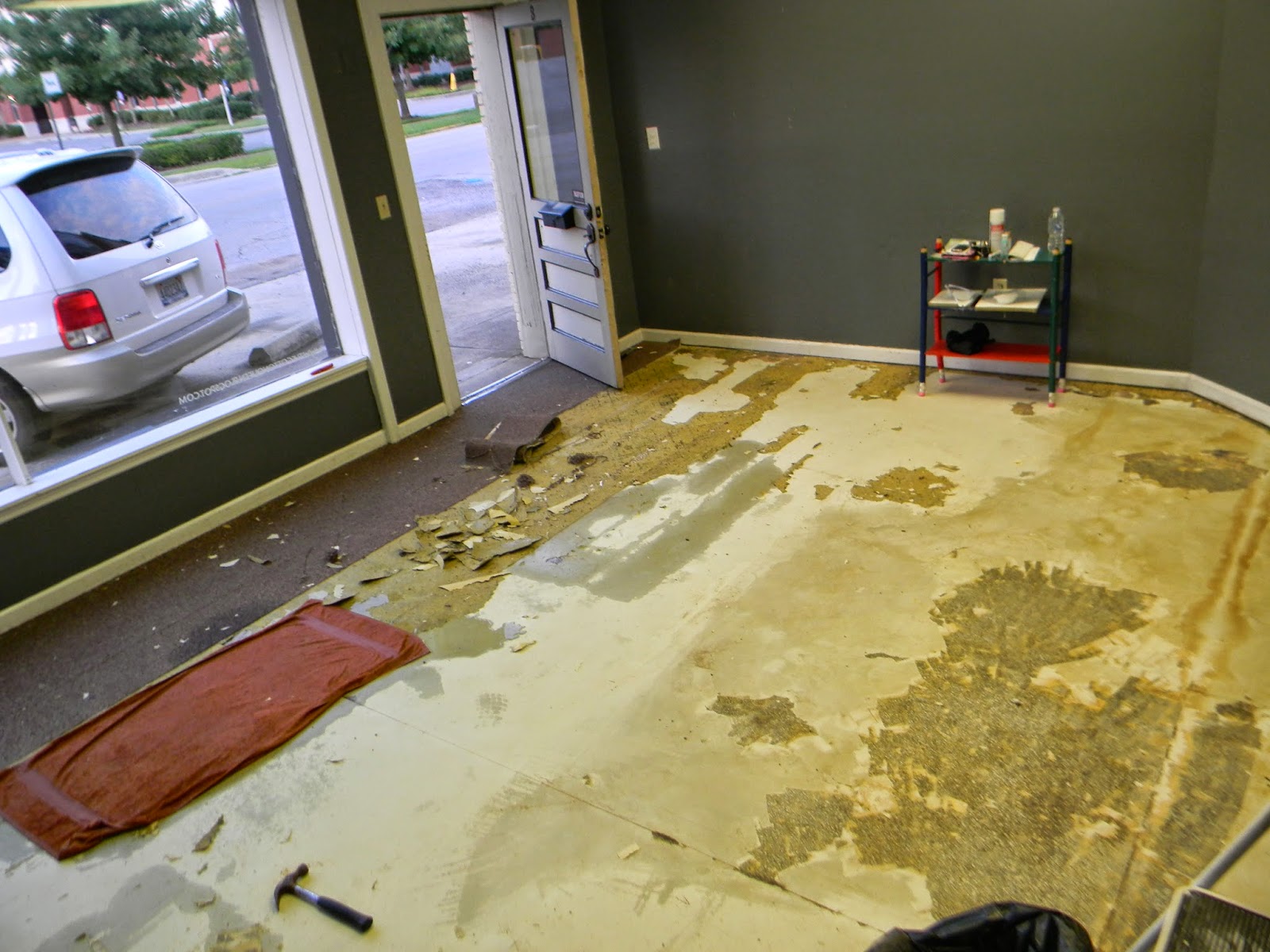 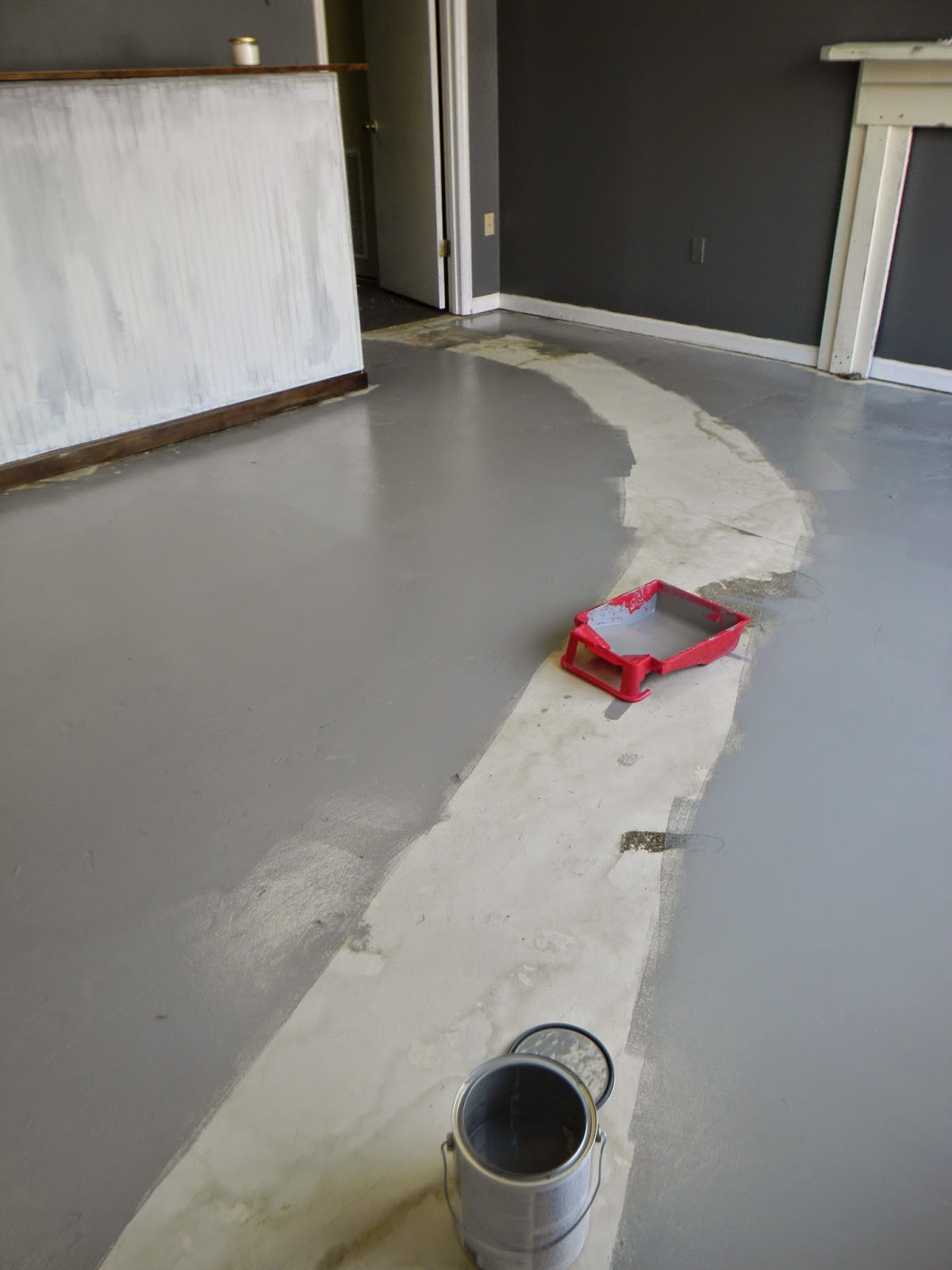 The floor was just too damaged, so I had to paint, but it still turned out great.
I'm really happy with it though.