So you see Officer, what had happened was...

Remember the great blue plates and white plates on the wall?  I stopped in Wal-Mart to grab holders after I bought them.  They were $2 EACH! I only paid .50 for most of the plates so it just seemed silly to pay that much the holders.  I went home and did a little googling. I found a paperclip trick that seemed promising.  I have lots of paperclips. 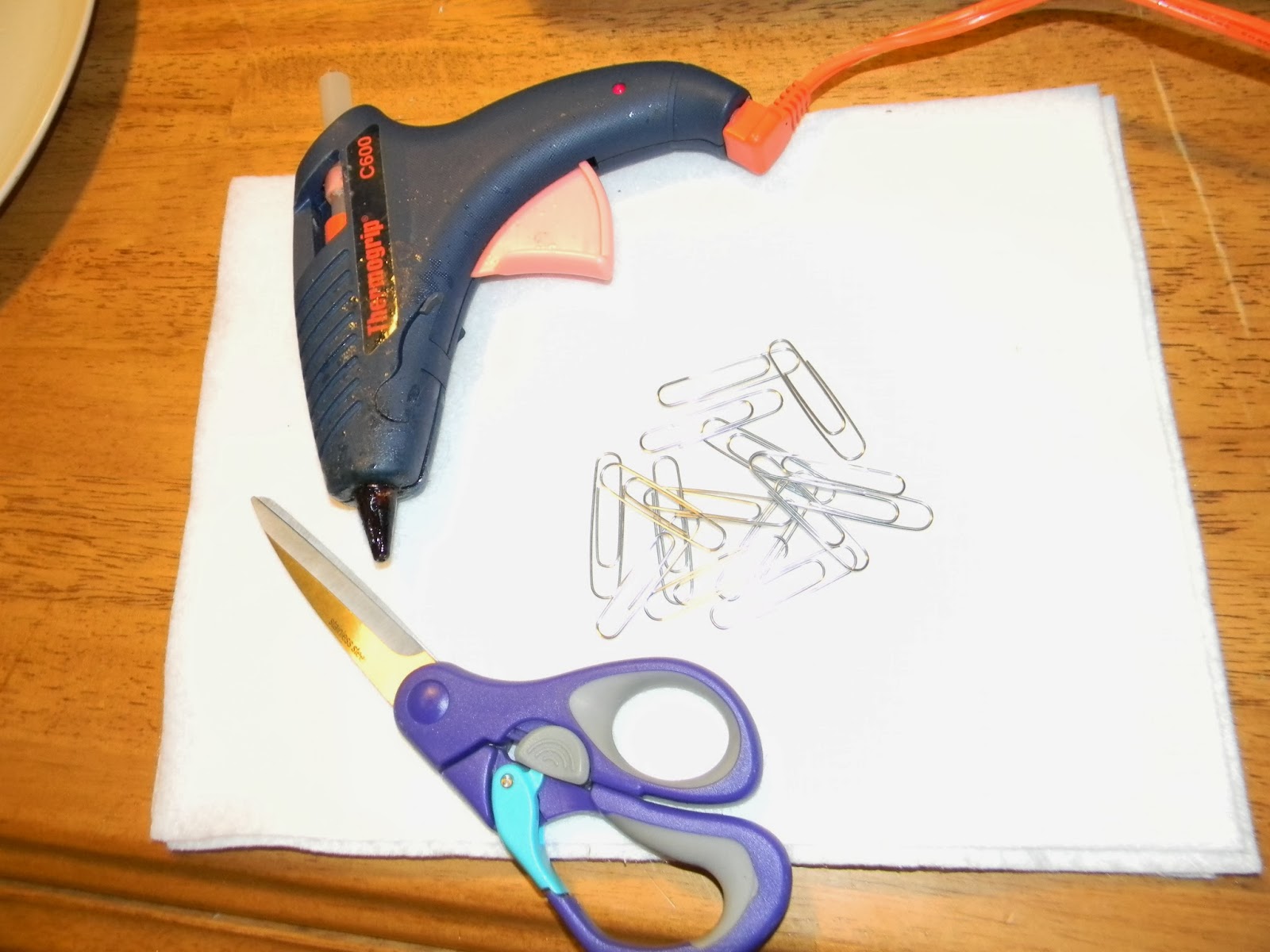 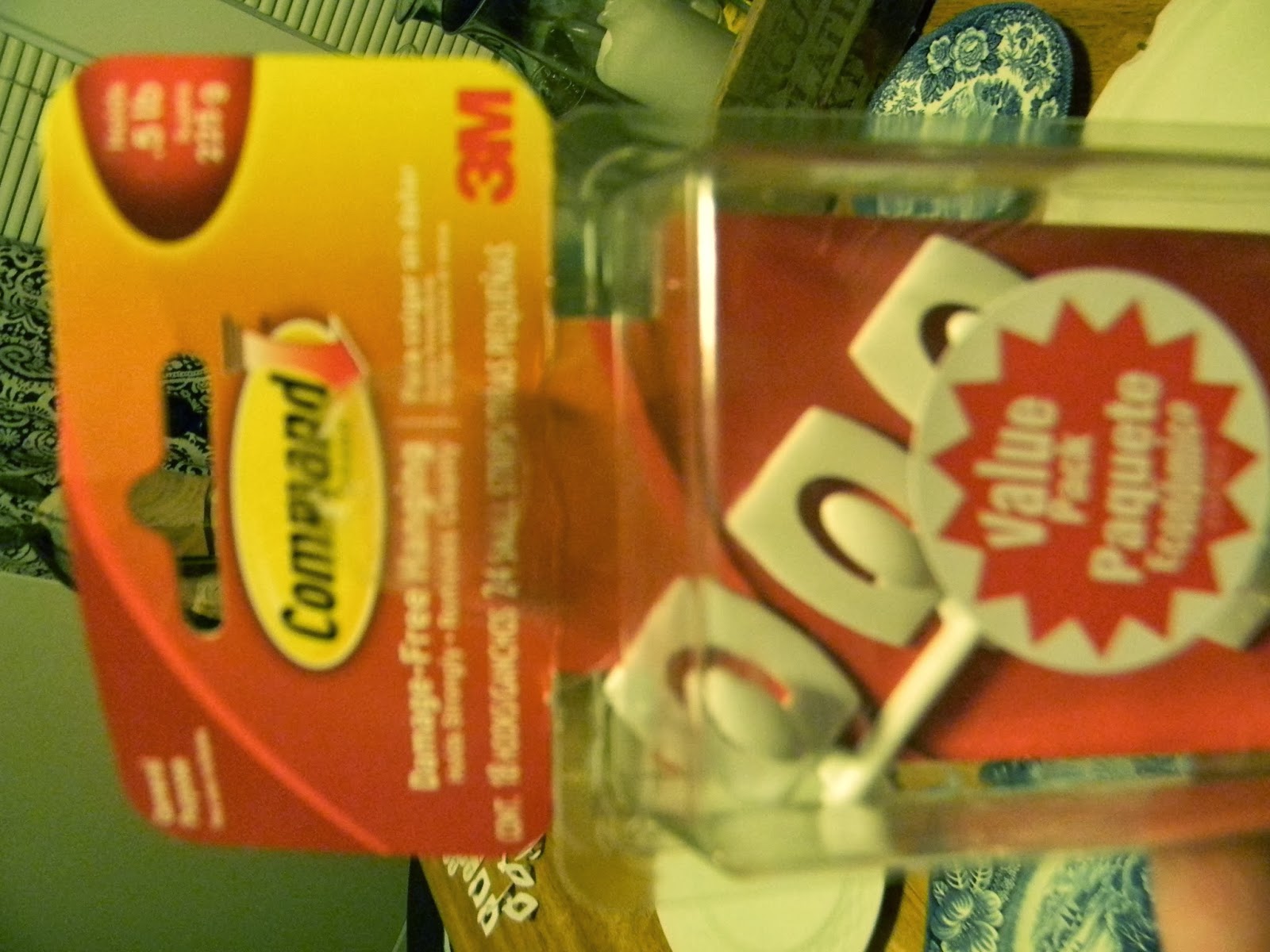 I bought a piece of felt for .25 and cut circles slightly smaller than the back center of the plate.  Place a paperclip centered along the rim so the plate will hang the way you want and add a healthy portion of hot glue.  Press down the felt circle on top of the glue and paperclip.  I used the command hooks on the wall just because I had lots of them left from a wedding I did during the summer. 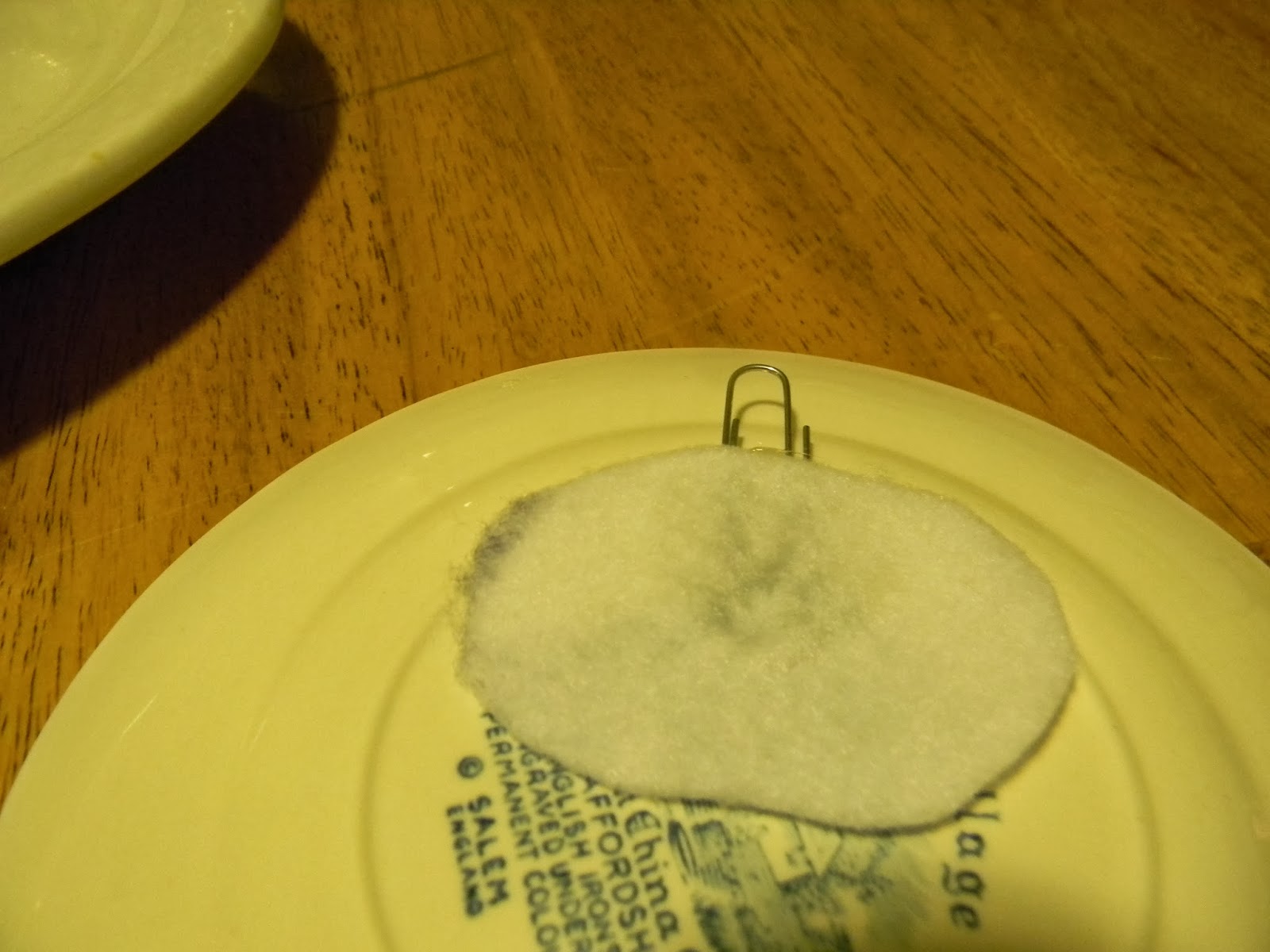 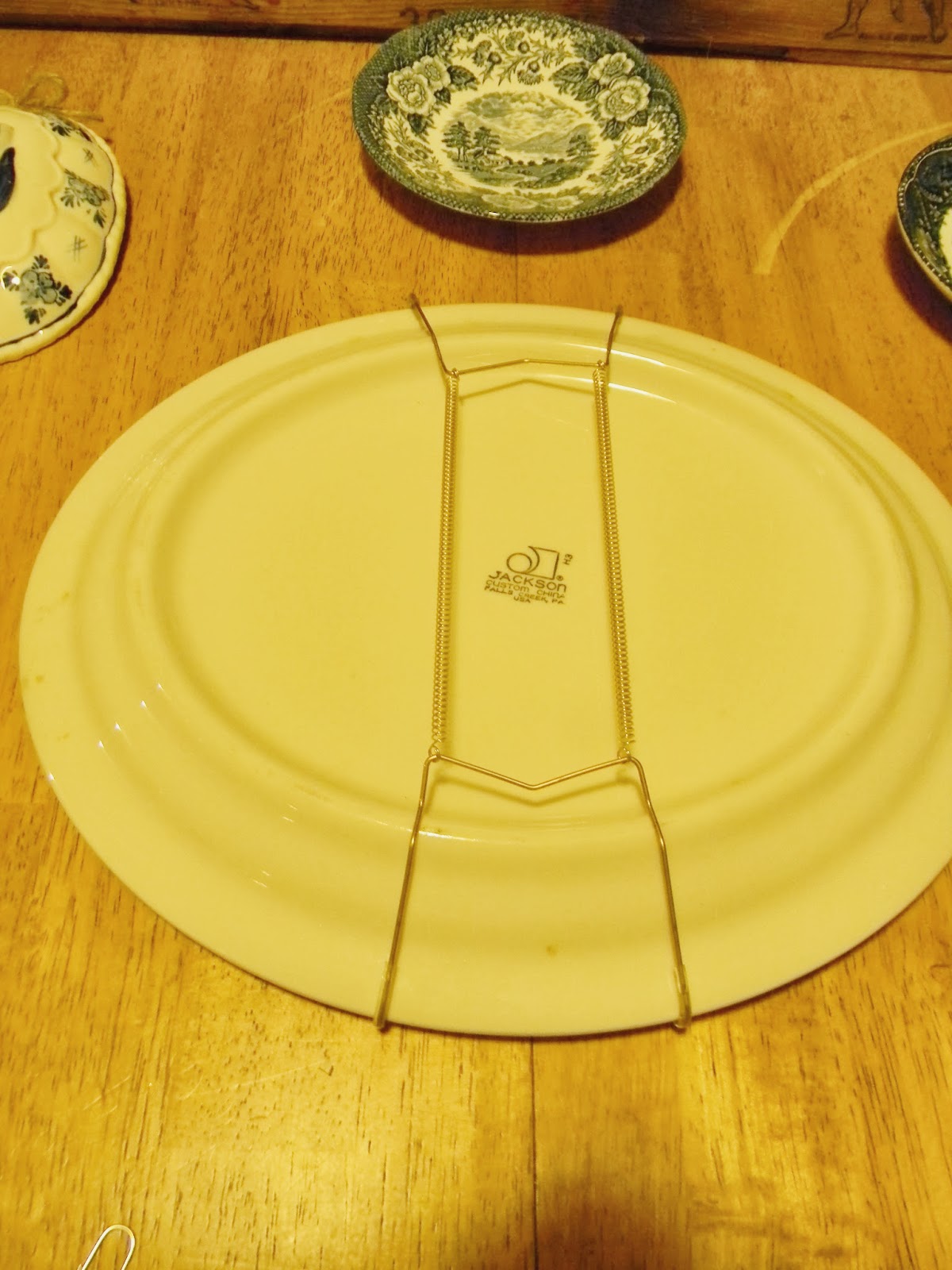 Now, I have to confess that the large platter did get a real plate holder.  I was just too afraid that if I tried the paper clip holder on the heavier plate, it would come loose, fall in the middle of the night, my husband would break out the baseball bat and pellet gun, the neighbors would hear the commotion, someone would call the police and I would have to explain to the officer that he was on my doorstep at 3am because I was too cheap to spring for the $2 plate holder.  :)

I just hate it when that happens. 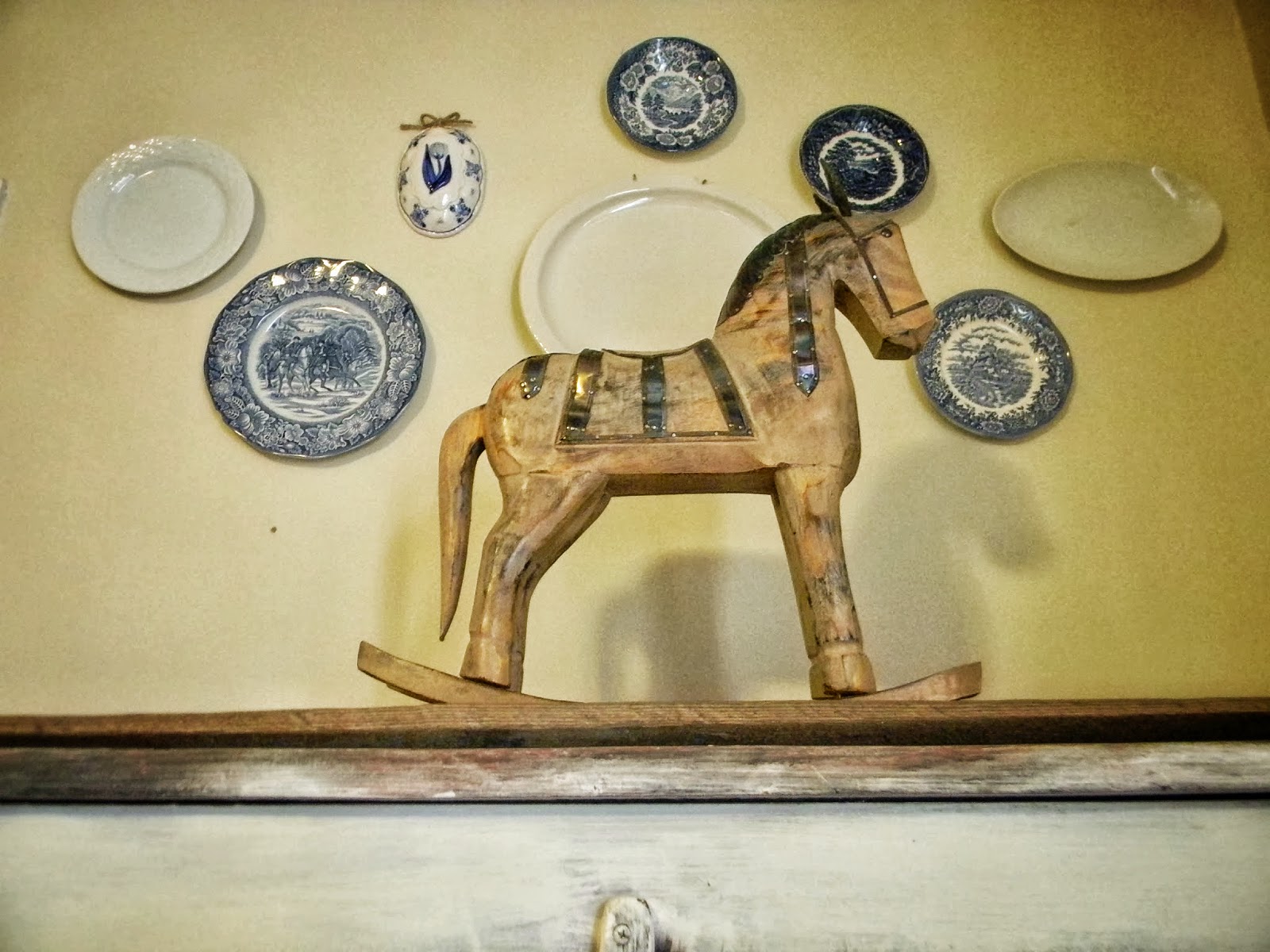