Whooo stayed too long at the auction??

Yep, it was me.
So, after getting none of the things I wanted at the last auction, I was determined to go home with this owl lamp!  It was so valuable that they saved it til almost the very end.  I wasn't paying attention to that, but daughter sure was. 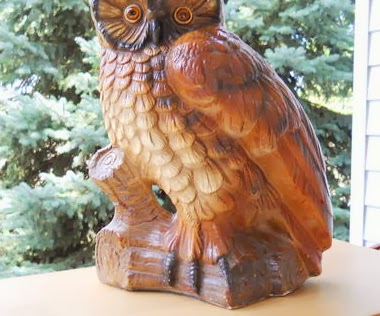 This isn't the owl that I got, but it's the same one.  I got anxious and forgot to snap a picture before I started painting him.
Amazing no one else wanted him!  Crazy right?  I was able to get him for $5!!
Whoooo wouldn't want to take him home?!?  Ok, put your hand down.
I started by taking him out in the yard and spray painting him gloss white.  I left him sitting out there between coats so he could dry.  My husband eventually came in and asked me to move my lamp... our little dog Annabelle was refusing to potty, because the owl wouldn't stop watching her.

The lamp shade was time consuming part, though not at all difficult. 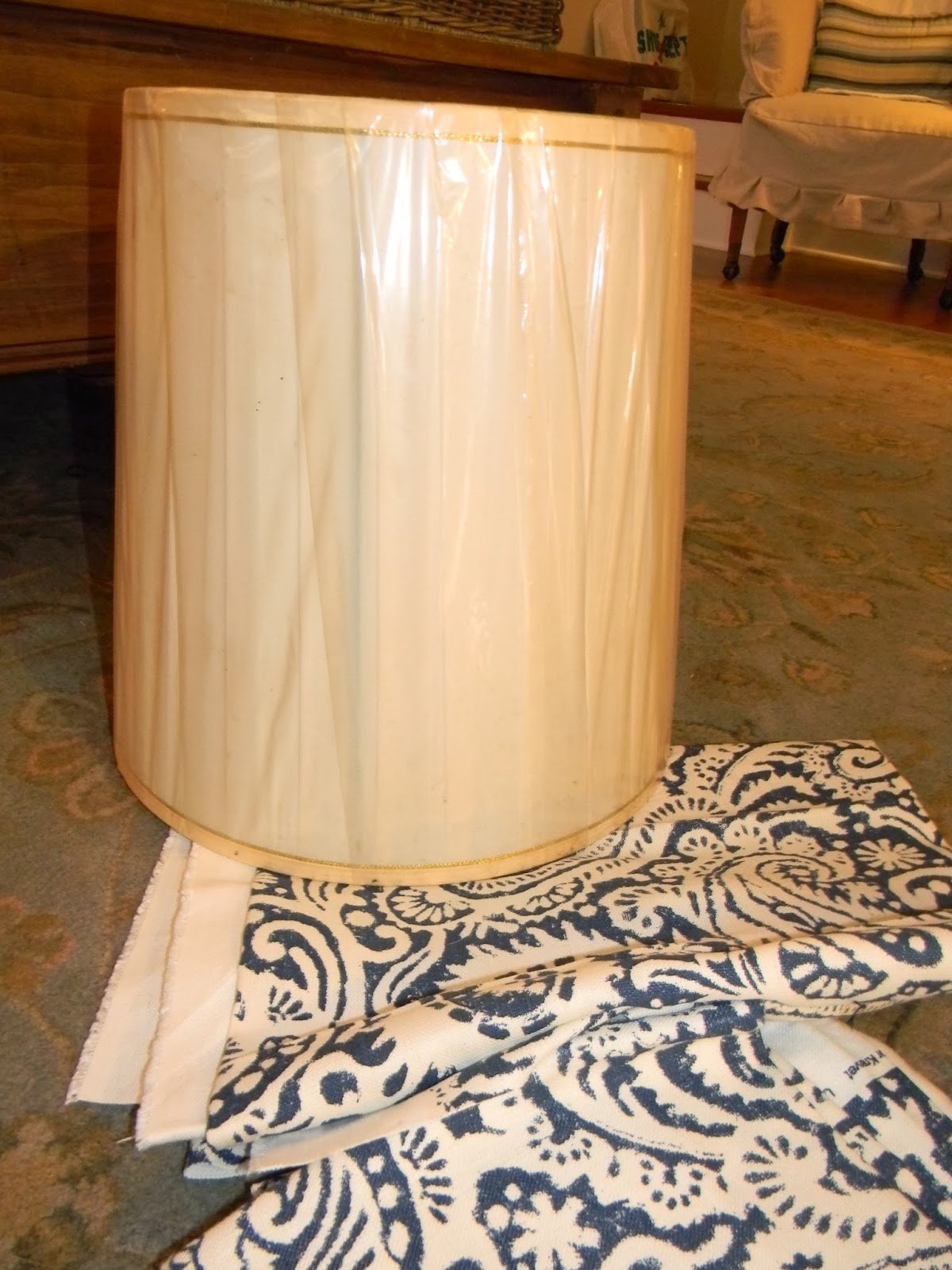 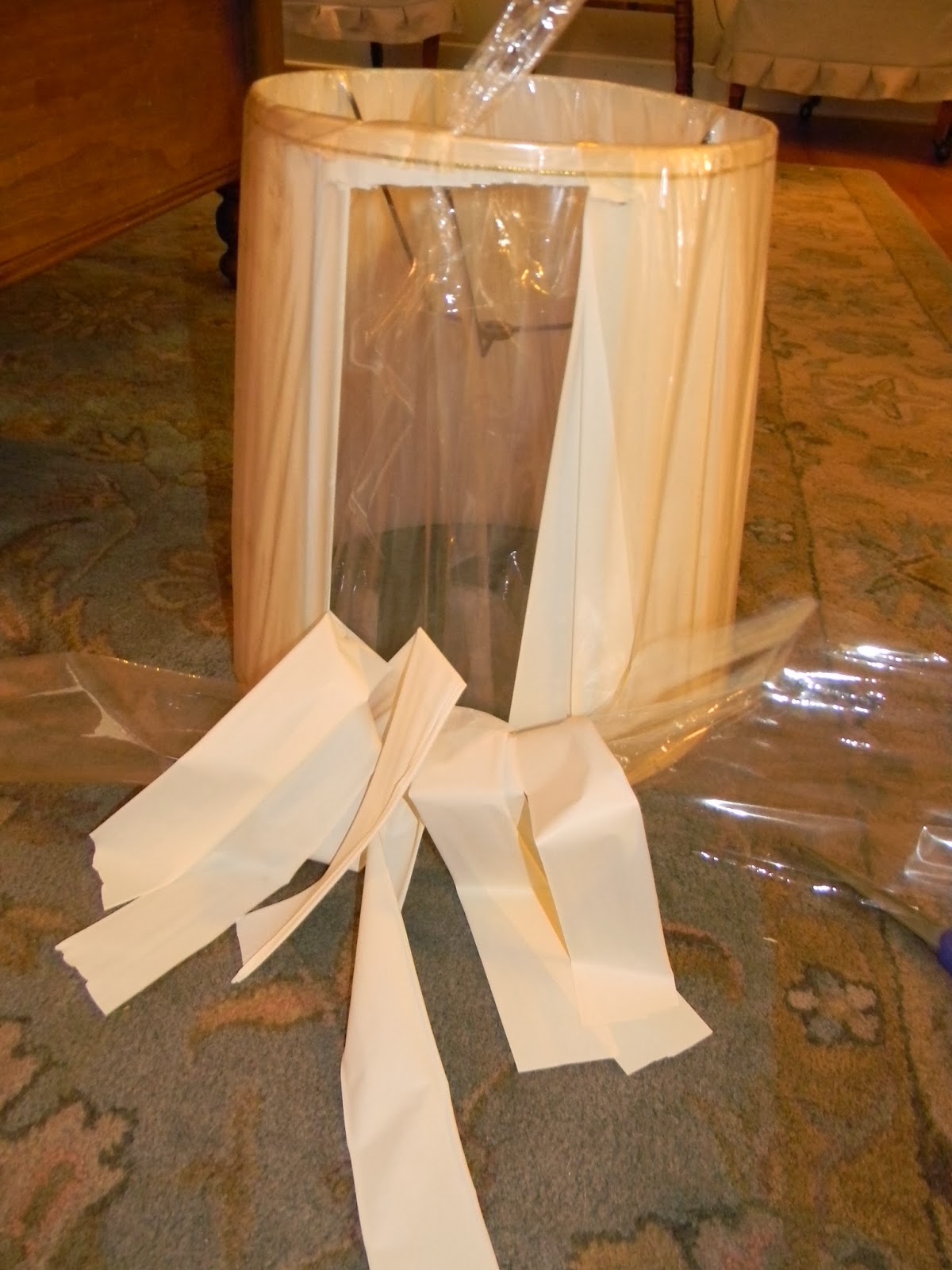 It was still in the original plastic.  I chose the blue and white fabric because I thought it had enough pattern to still be interesting after a ripped it into 2" strips.  I cut all the plastic off the frame. 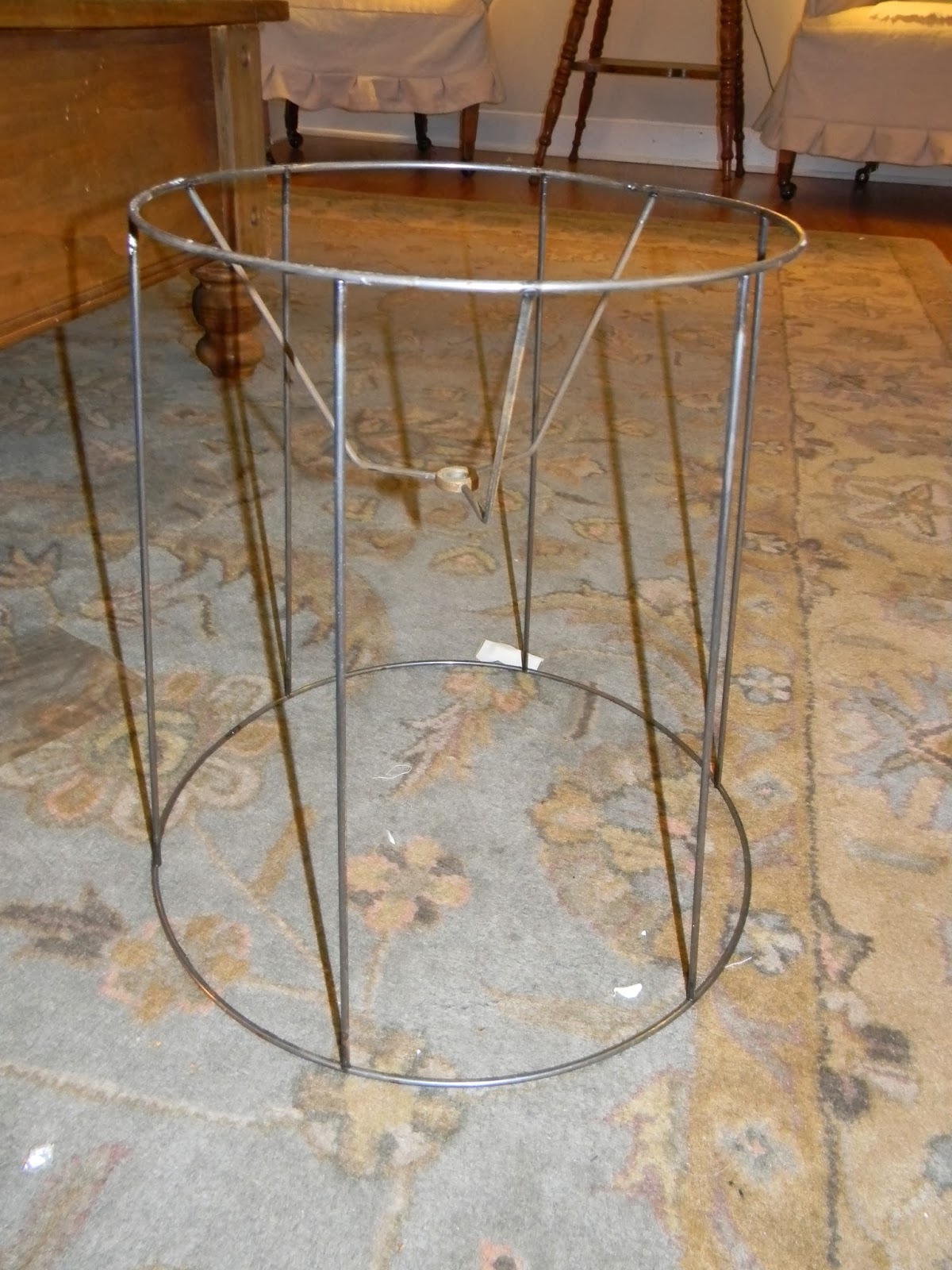 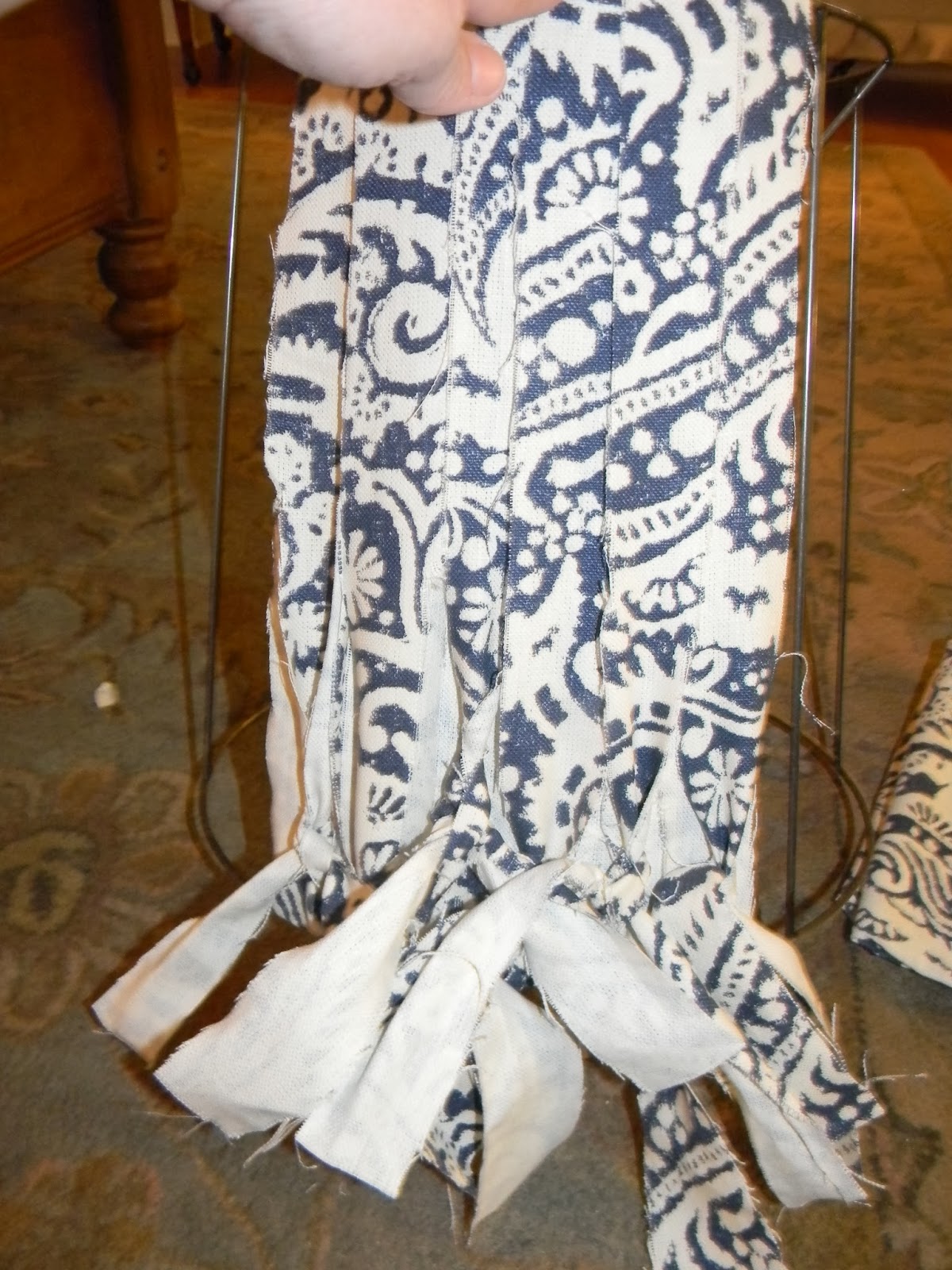 After I had bare bones I just wrapped and tied each strand.  I alternated the height of the ties along the bottom.

When it was done, this was the result! 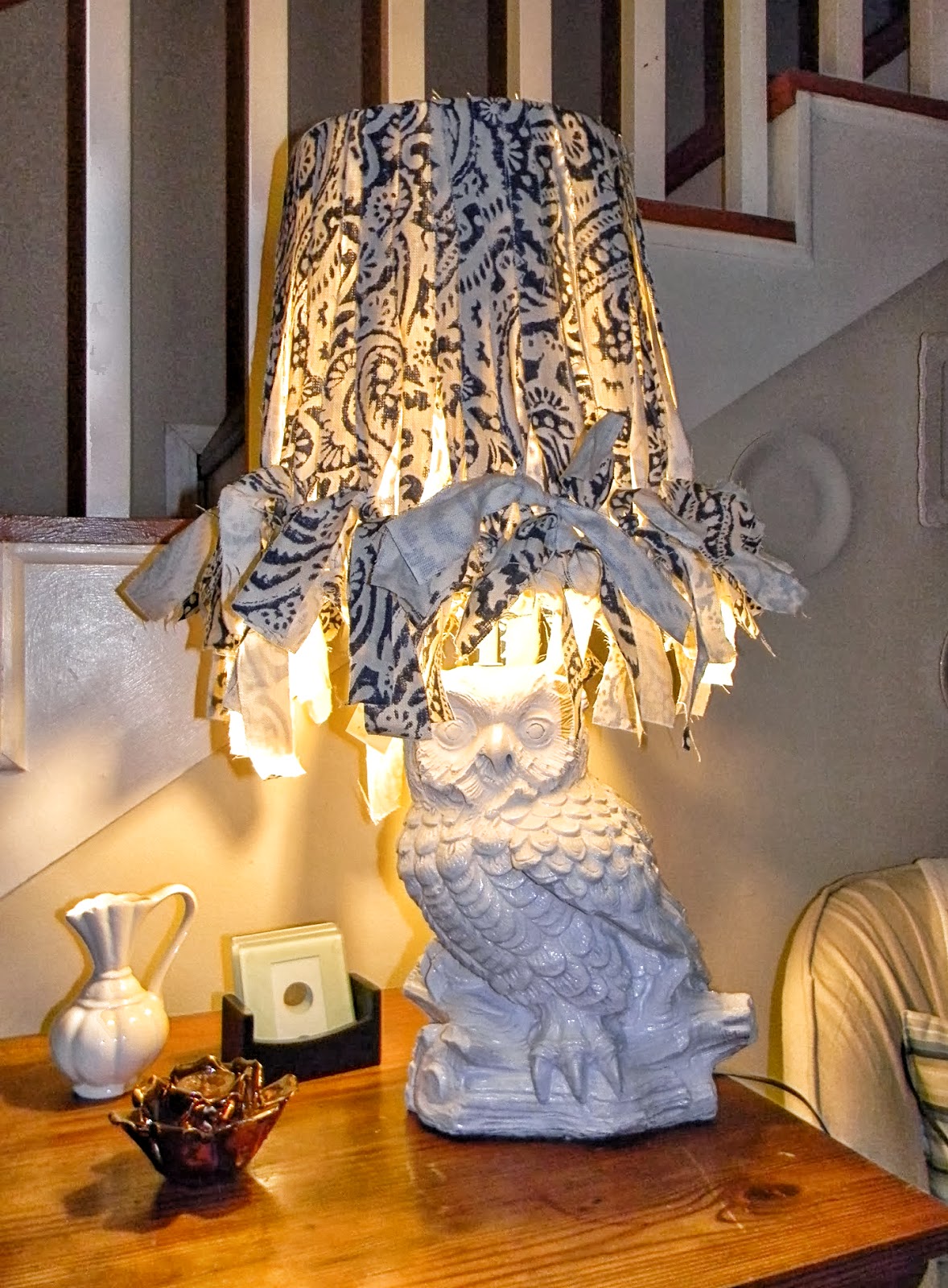 last one I promise.... Whooo loves him as much as me?!

I love how he turned out! So cute!!