So, it all started a little more than two months ago.  I hadn't been feeling good, but nothing specific, just rundown.  Then, April 28th rolled around.  The day of the tornadoes... Two F-3 tornadoes touched down and literally went around our house.  There was destruction on both sides of us and we were virtually untouched.  Homes destroyed, peoples belongings become yard art for their neighbors and even our schools were in the damage path.  We were without power for a week, however a small price to pay for being spared.  Even now, I get emotional when I think about the day.  Two lives were lost and many injured.
In the days that followed, I was so touched and proud to be part of a community that came together and helped one another the way we did.  Churches became overflowing donation centers and shelters.  The high school marching band and other students came together to clear debris and help dig through rubble in search of any sentimental items that could be saved.  It was amazing. 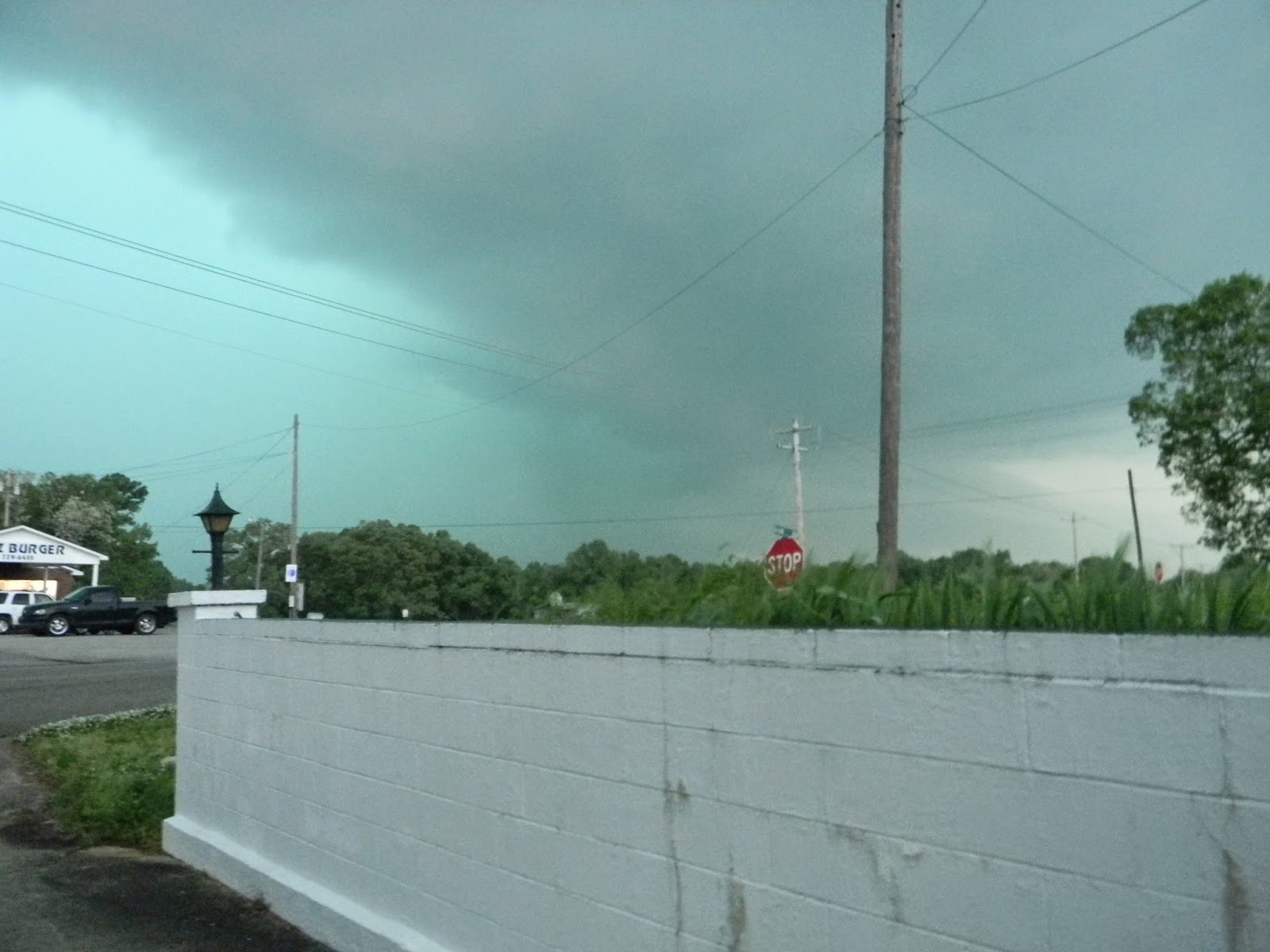 I got one pretty good picture before we had to retreat into the shelter.  Yep, I'm that moron standing in the driveway with the camera haha..

A few days after the tornadoes I still wasn't feeling any better.  I left work at lunch thinking I just needed food.  By the time I got to the restaurant and parked, I leaned down to get my wallet and passed out.
I came to and drove myself to the ER.  I know, not my smartest moment.  I must have looked rough, because they took me straight in and admitted me within the hour.
I was severely anemic to a critical level.  I received 2 units of blood that night and was tested for everything possible.  Seriously...everything. 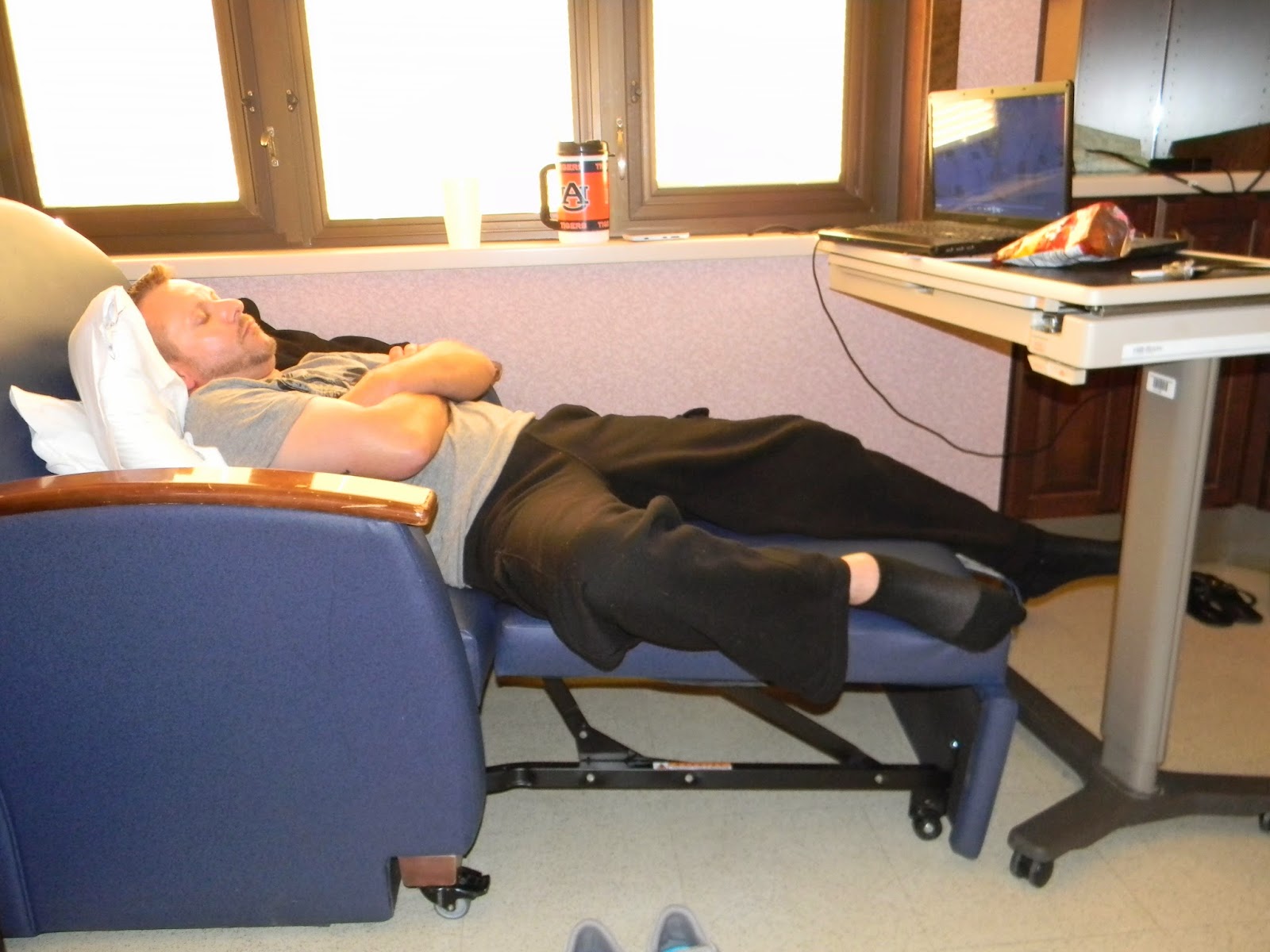 My husband stayed with me the whole time. 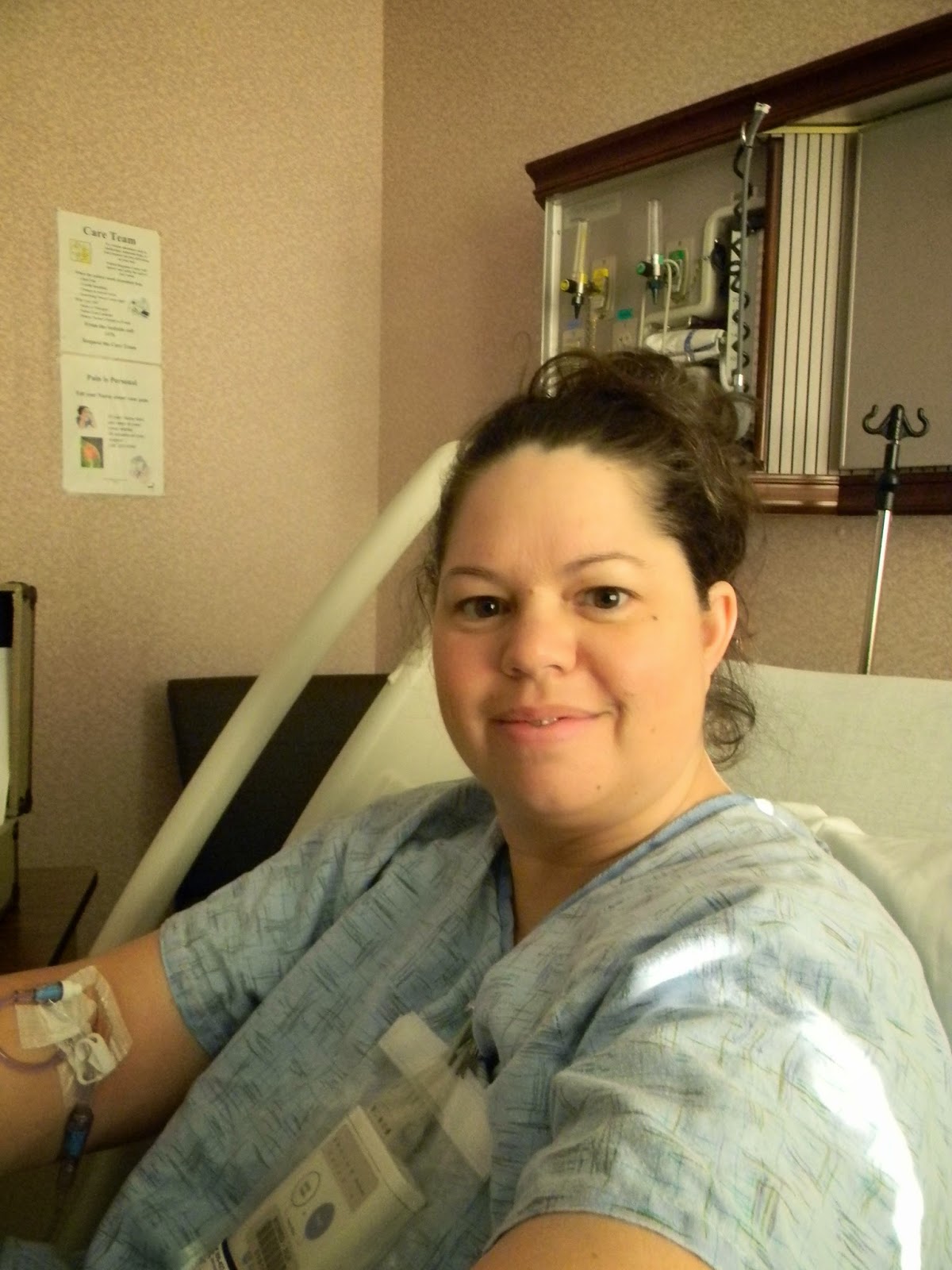 This was me at the end of day two.  A little pale, but in good spirits.

I was released and followed up with a couple specialists.  Over the next 2 weeks, there were more tests and eventually two surgeries.  Toast was my dietary staple.  Just had to get rid of a few spare parts
that were trying to do me in, but all in all I'm great!  ..Shouldn't be any lasting effects.

I can't believe all the visits I've had to my FB page and my blog.  Thank you so much to all the people who shared my posts while I was away.  I'm afraid I haven't done much these last 8 weeks, but I can't wait to get started again.
Much love and hugs, from a recovered Cotton Queen and I'll see you soon!

I am so thankful,God took care of all of you through the storms. Also, very thankful to him for taking care of someone I love very much, and has been such a blessing to our family. Glad you are back on your feet and doing better!