With everything going on around here I never got to finish telling you about my trip to Virginia.
So, here's a little more.
It was a good trip, despite being sick while I was there.  One of the amazing things we did was visit the home of the nation's third president, Thomas Jefferson.
You may remember me telling you that I'm a history nerd... Yep, here comes the lesson.
The home, known as Monticello, was designed by Jefferson and begun when he was only 26.  He was a politician, inventor, archaeologist, teacher, architect and the list goes on.  He was a brilliant man, but not without his faults.  He lived his life torn between what he knew was right and what he believed was acceptable.  Jefferson died in debt, so his precious Monticello was auctioned off after his death.  Fortunately, over the years, it was well maintained.  It was eventually returned to it's almost original state to become the historical monument we can visit today. 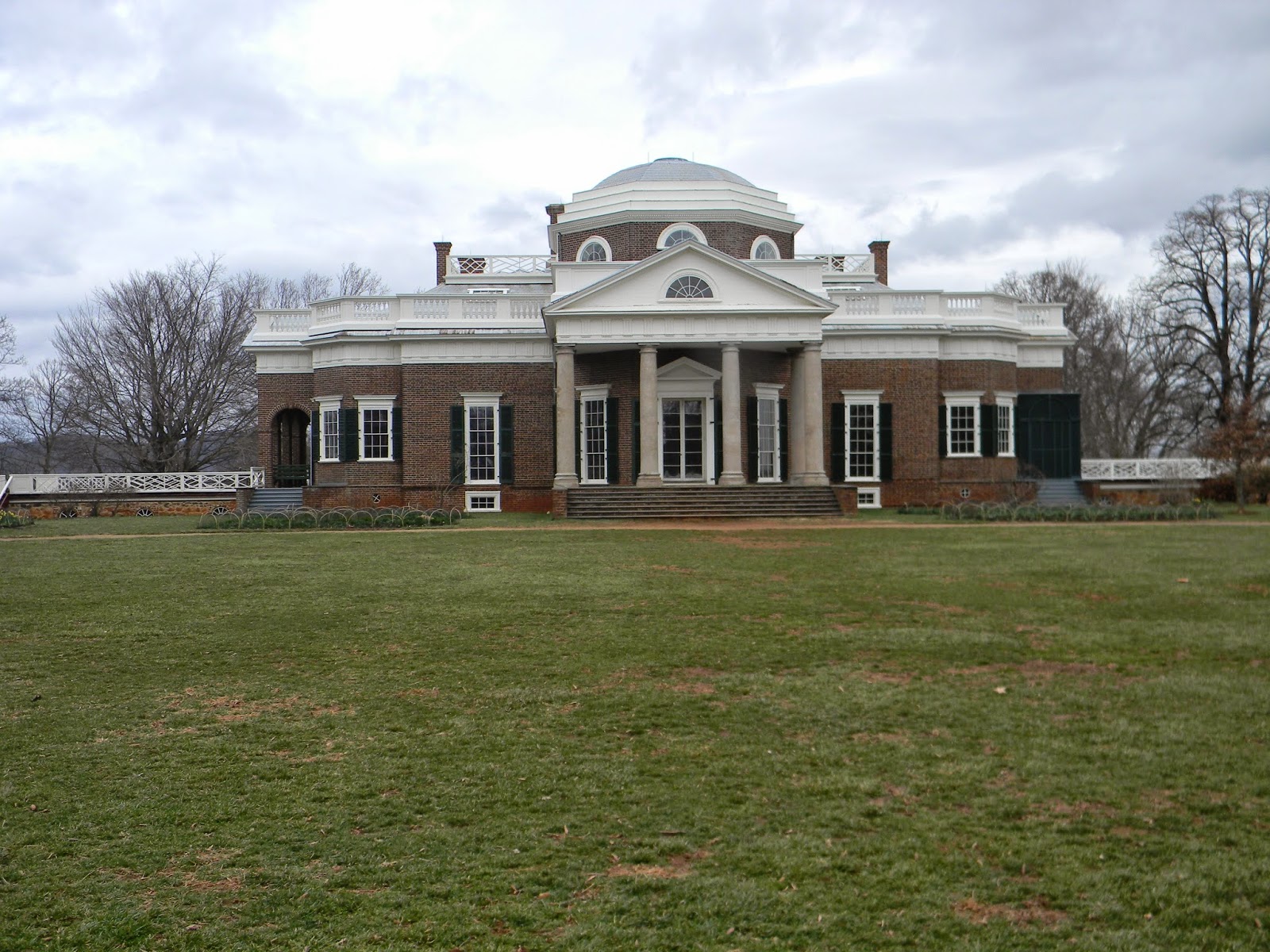 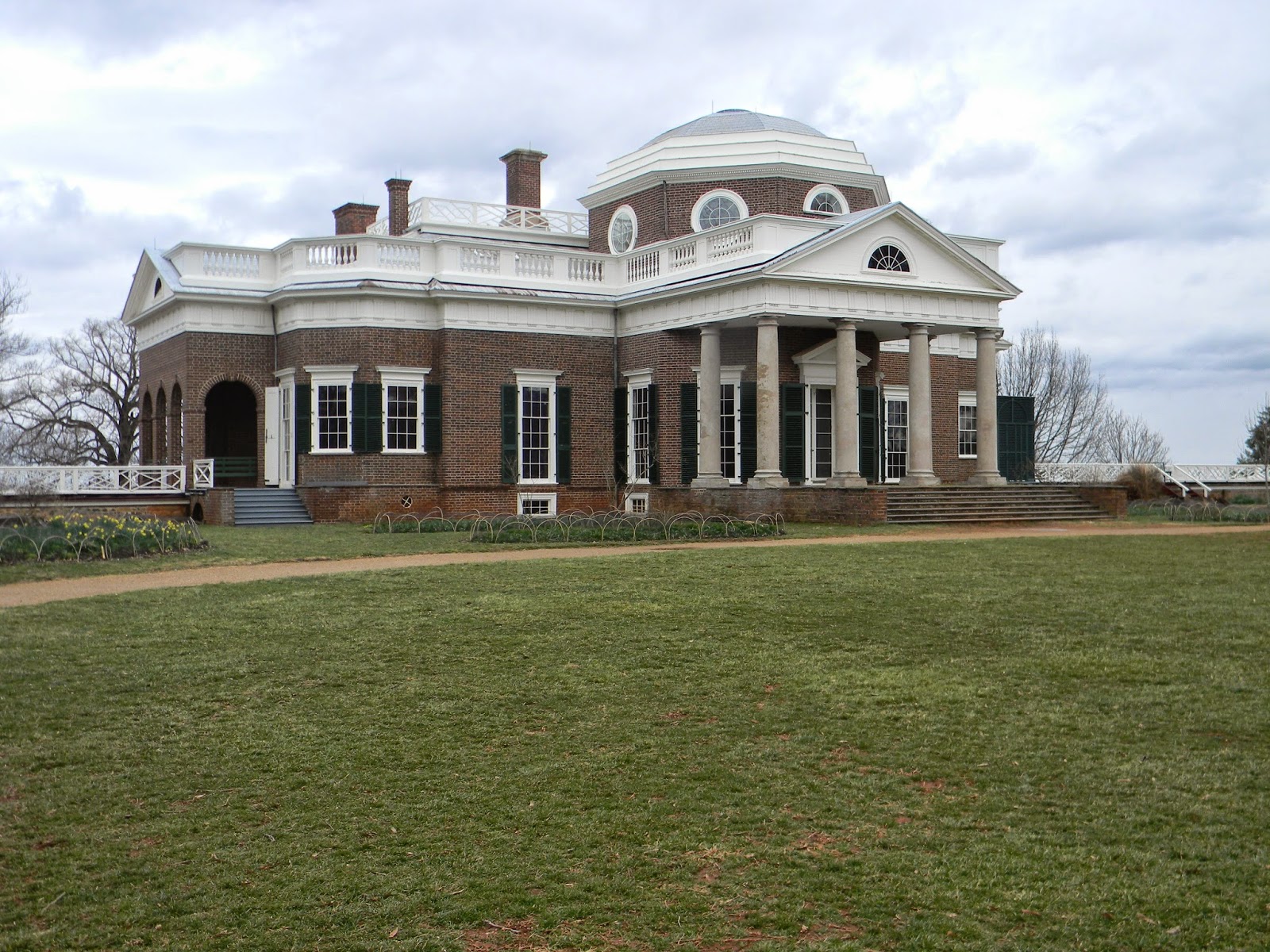 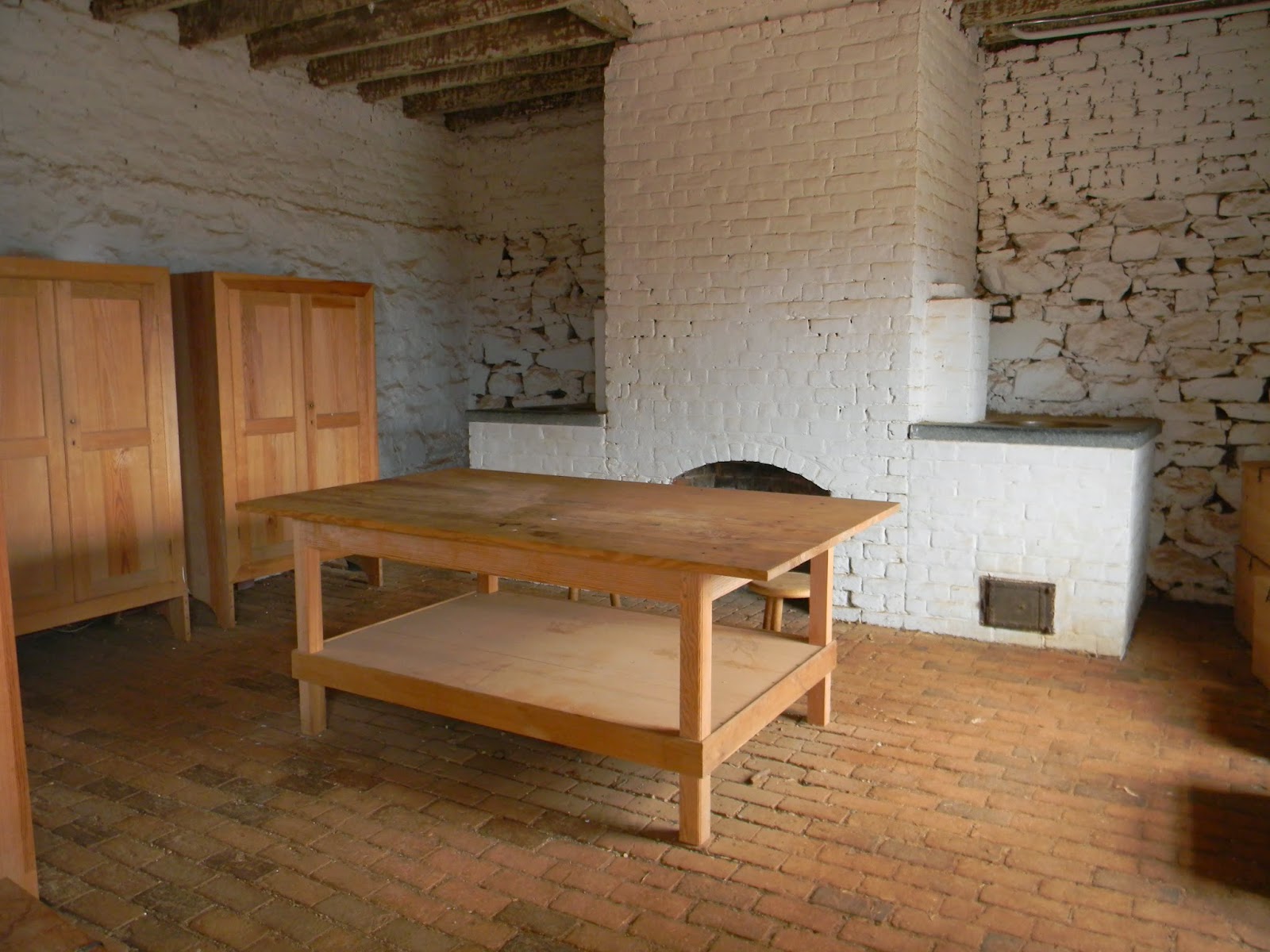 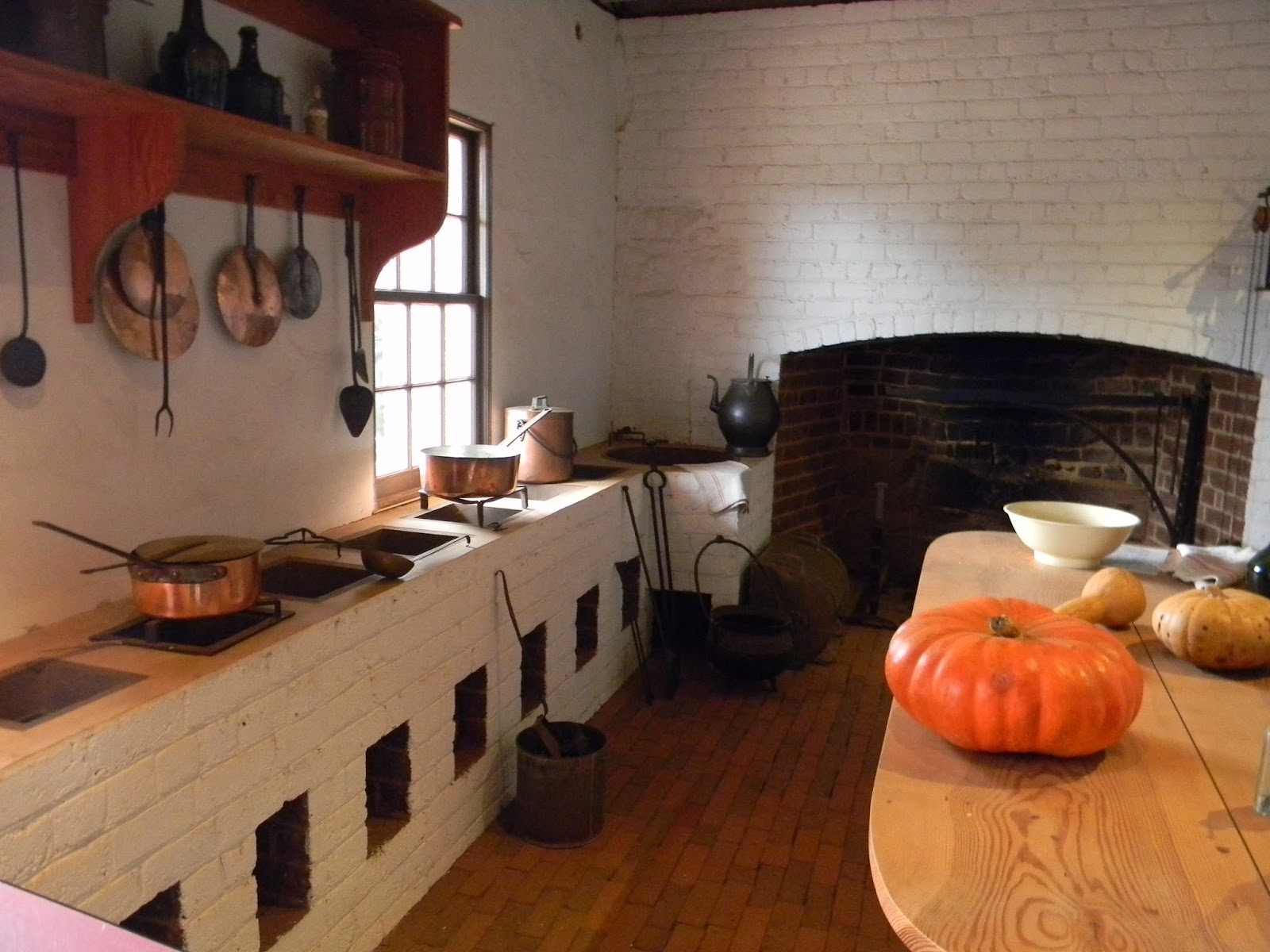 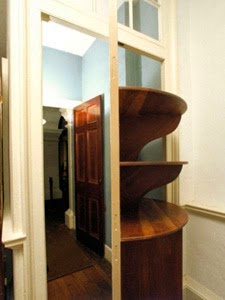 AND THIS... this is a revolving door found at the end of the dining room hallway.  When I was in college I wrote a paper about the paradox that was Thomas Jefferson.  He held slaves as a social norm, but didn't necessarily agree with the practice.  Much of the way he lived indicated this.  This door is a prime example of that thesis.  Slaves could bring food up from the kitchens, but never had to be seen.
Food was placed on the shelves from one side, turned and removed on the other side.
Or maybe he just liked gadgets. lol   Who knows?!
I walked through the whole tour waiting to see this.  Waiting for the grand reveal and explanation of it's existence.  Finally as we were exiting the home, I caught sight of it.  It wasn't even part of the tour!! I stepped out of line to touch it.  I had to.  I was like a three year old with a kitty... I had to PET IT.
And here again, this is the part of the story where my nutcrackers shine through. 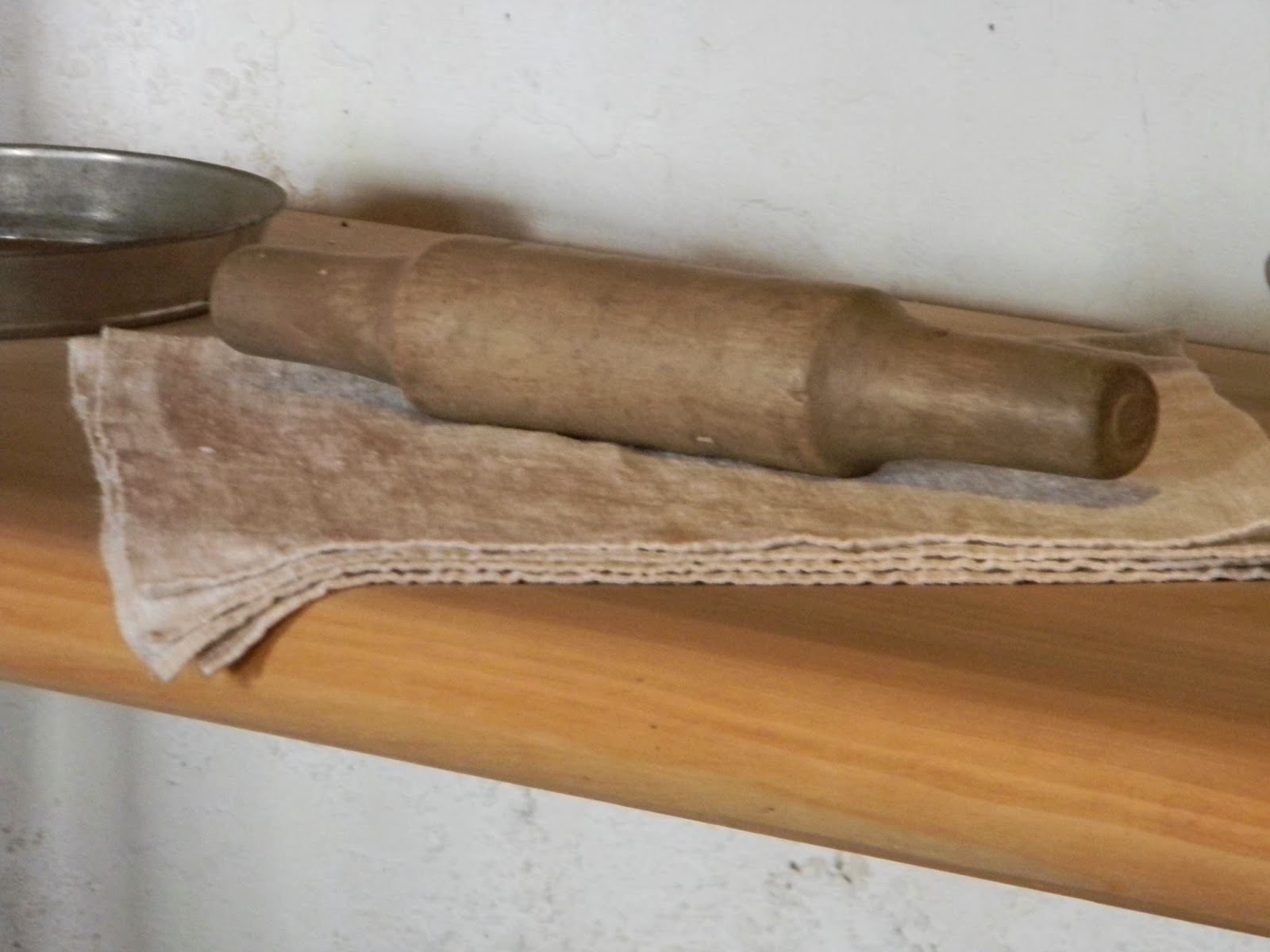 It's just a rolling pin and dishtowel, but it's beautiful to me. 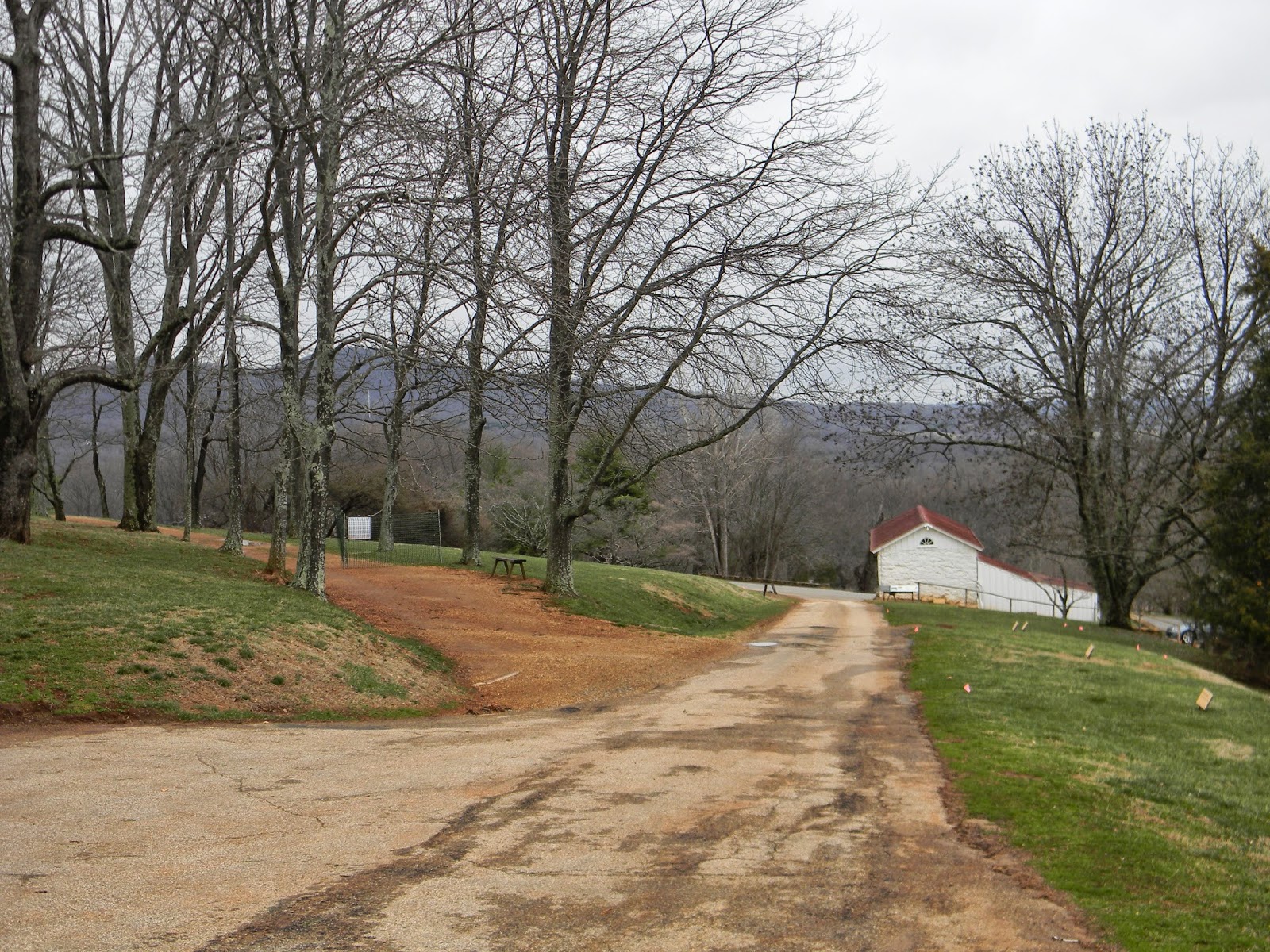 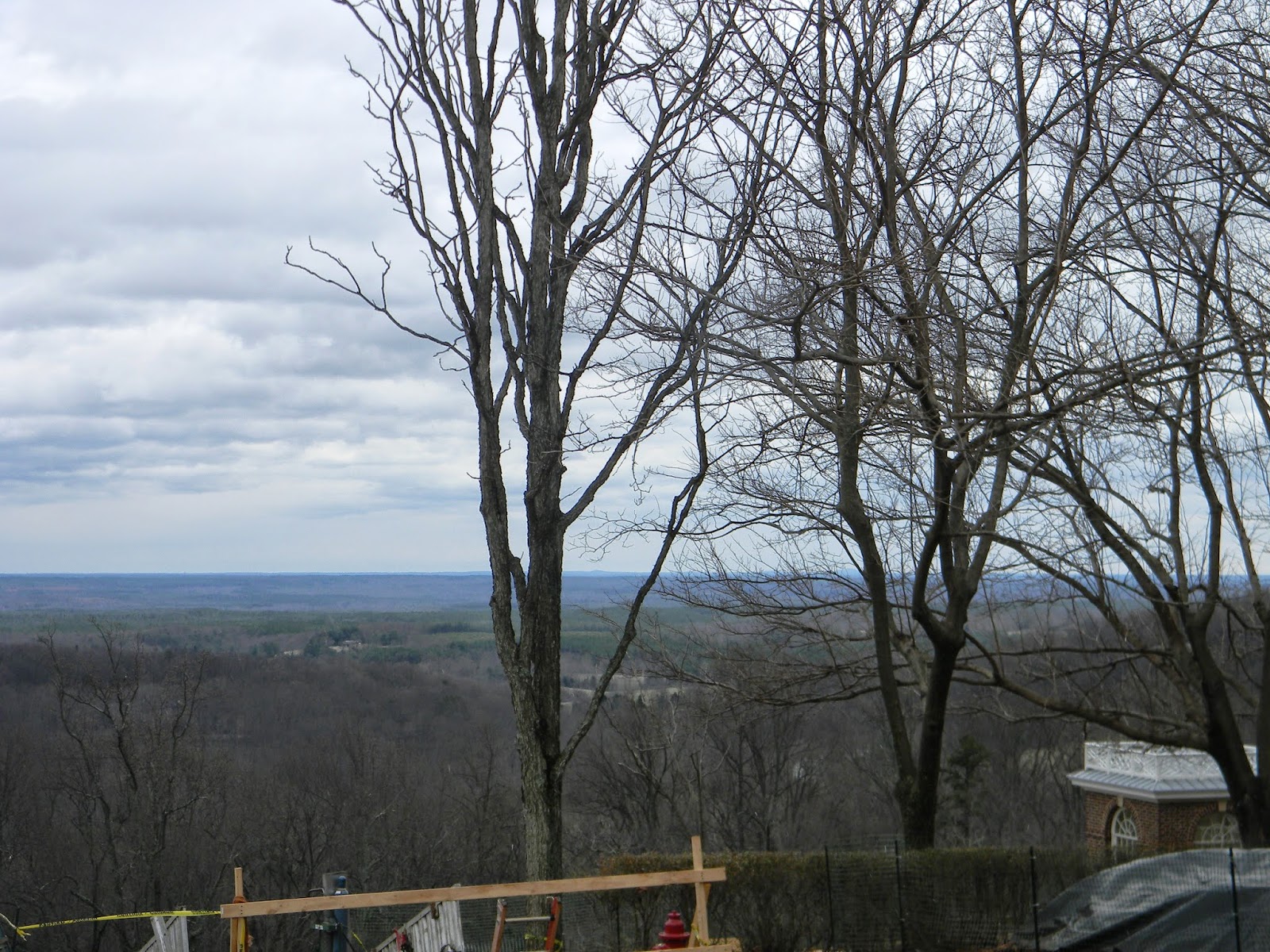 A view from the house toward the stables.  Monticello means "little mountain" in Italian.  The view is just breathtaking, even on an overcast day. 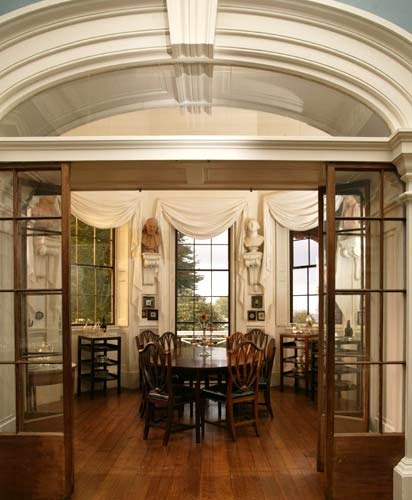 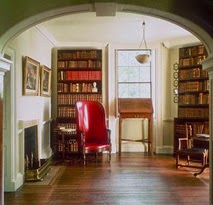 The dining room and the library..  Jefferson's love of and collection of books is legendary.  Many of these were actually his, returned in the years after his death. 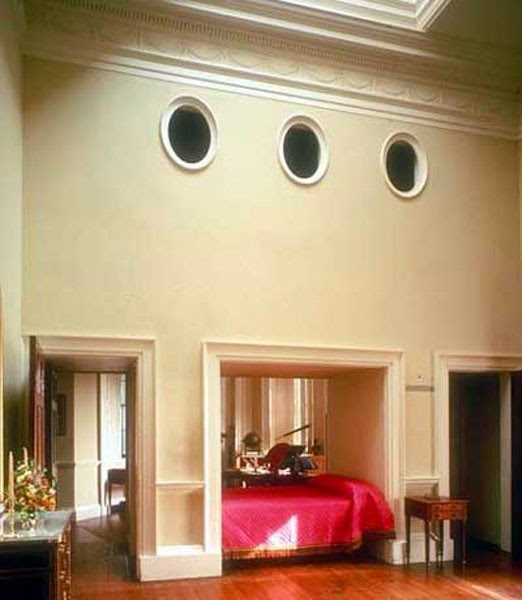 Jefferson did not like waste, even floor space.  Many of the beds at Monticello are built this way.  This particular one was his room and adjoined his bedroom study and bedroom.  The space above is storage. 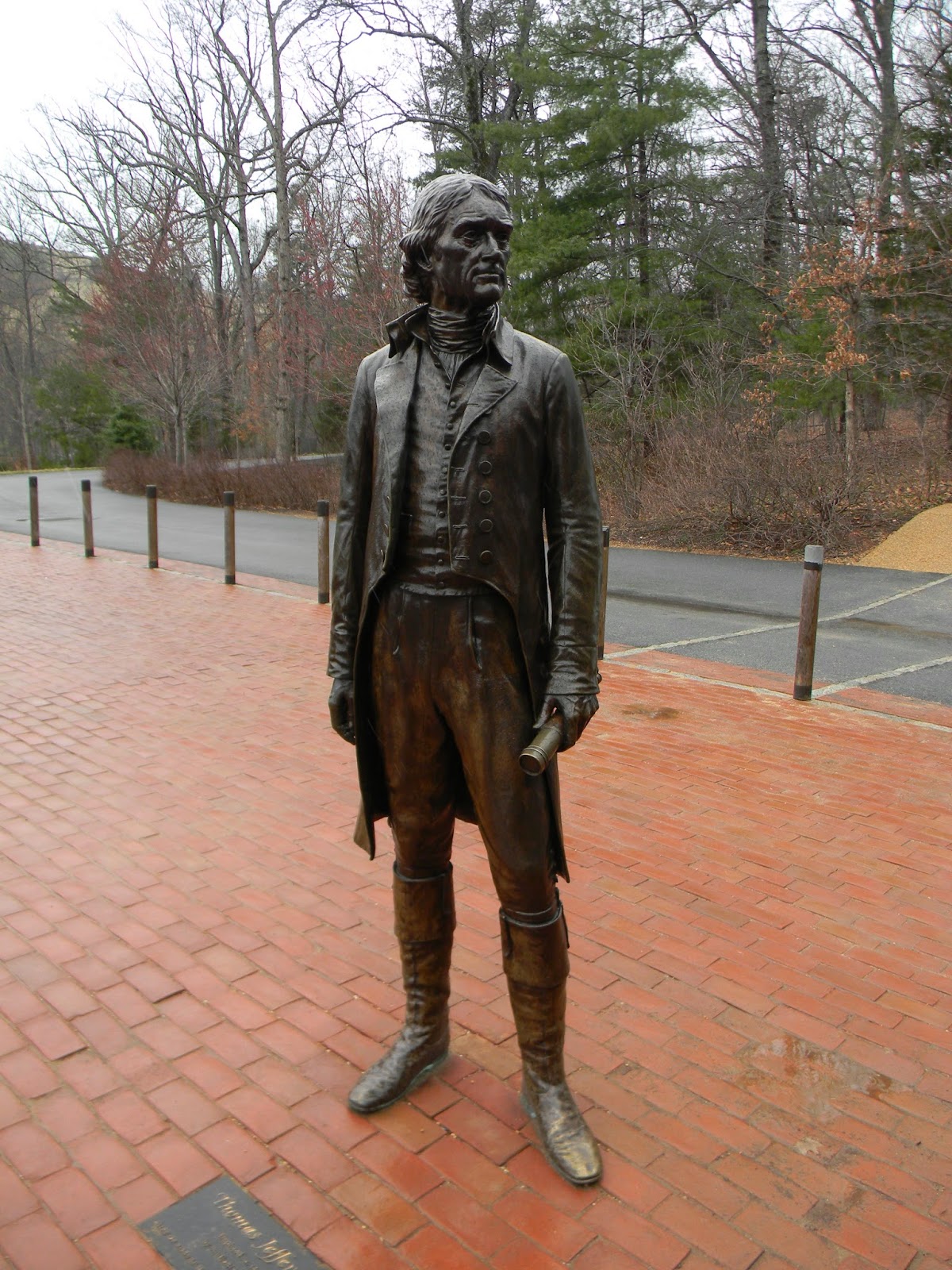 Me, Tiffany, Wiley and Coty... and Tom J
It was April when we went, but it was so cold and windy it could have been January.

It was so much fun.  I can't believe I'd never been before now.
If you ever get the chance to go, please do.

As always, thanks for reading!
Posted by Unknown
Email ThisBlogThis!Share to TwitterShare to FacebookShare to Pinterest

Those picture's are amazing! You sound like me, in the part where you had to step out of line to touch the rolling pin. I did the same thing so I could set on Elvis's bed! But it is a wonderful feeling. Wish you was up here in Plymouth, Ma. with us, you would really love all the history here! Well, keep writing your blog, you do such a great job! But then, it is like everything you do, it is full of love from your heart!

LOL I'd love to visit in the fall! I'll bet the color is gorgeous :) and thank you for your kind words!