The latest odds and ends..

With several lengthy projects in the works I don't have anything completed, but I wanna share one that I've been working on and see if anyone else has had similar results or thoughts..
Recently, I was given THIS... 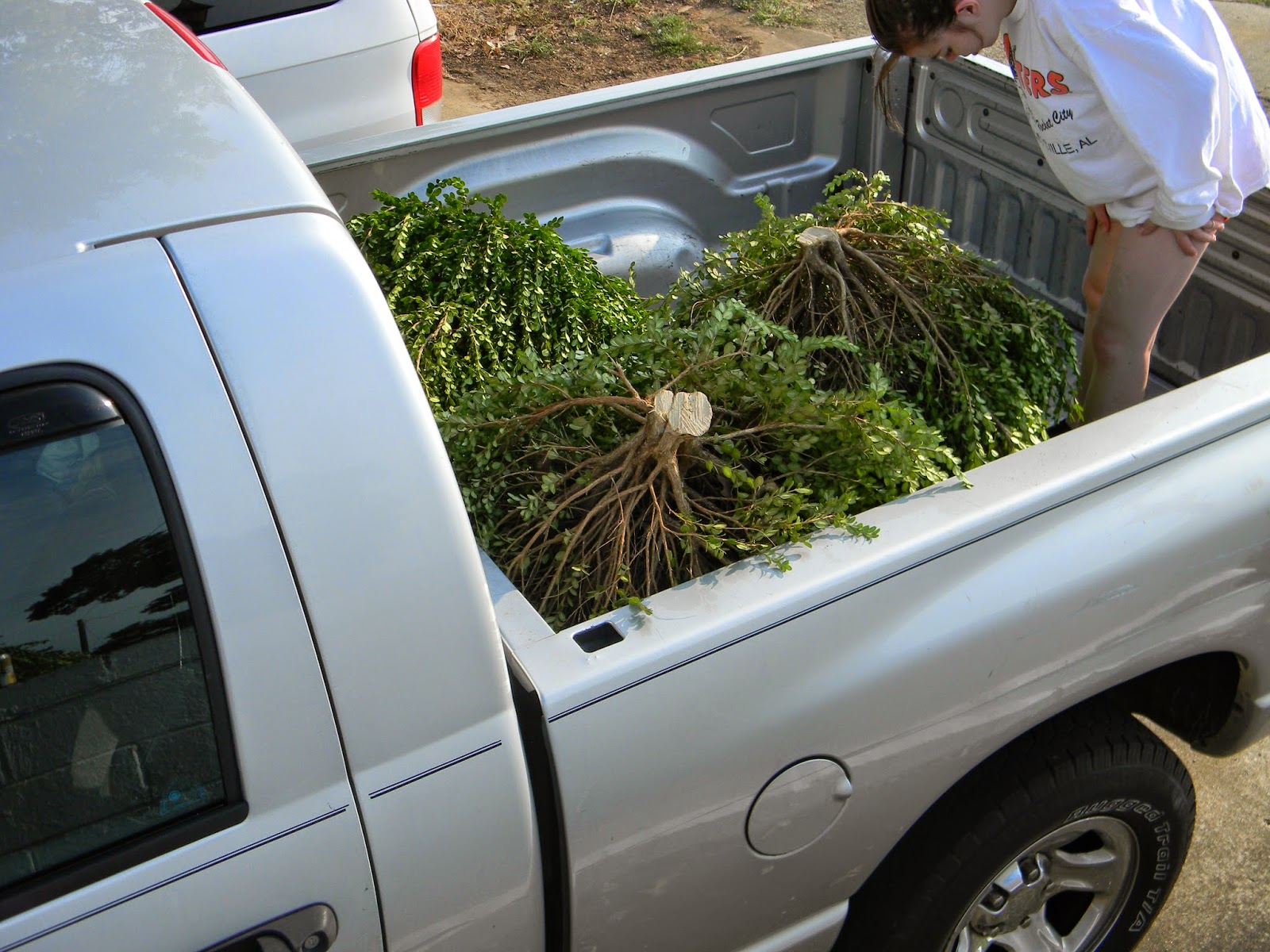 A small truck load of boxwoods 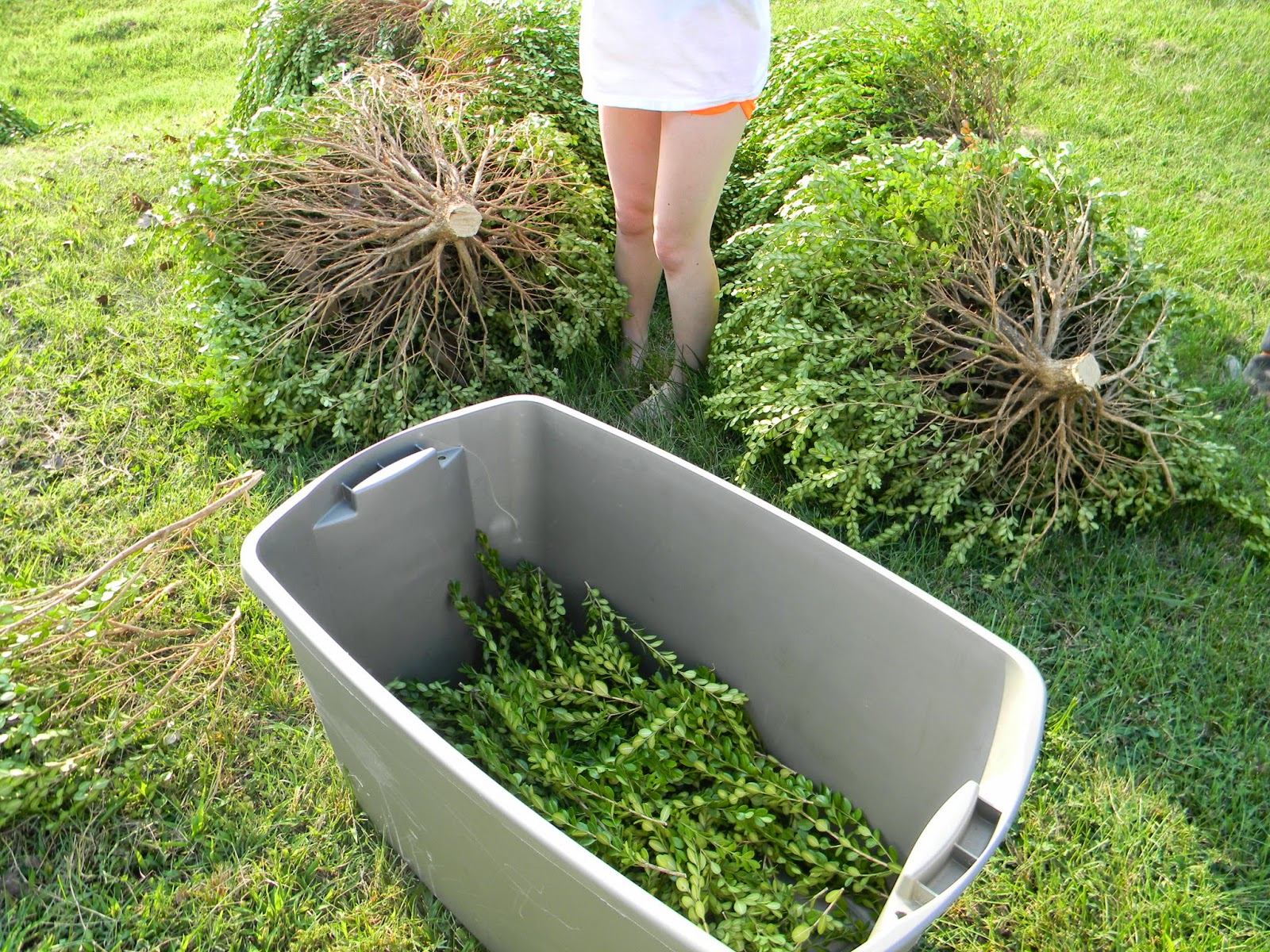 My mind went wild with the possibility of creations with preserved boxwood.  So my daughter and I started clipping!  And then we kept on clipping.. and then we clipped some more.  I think they were multiplying when we turned our backs. 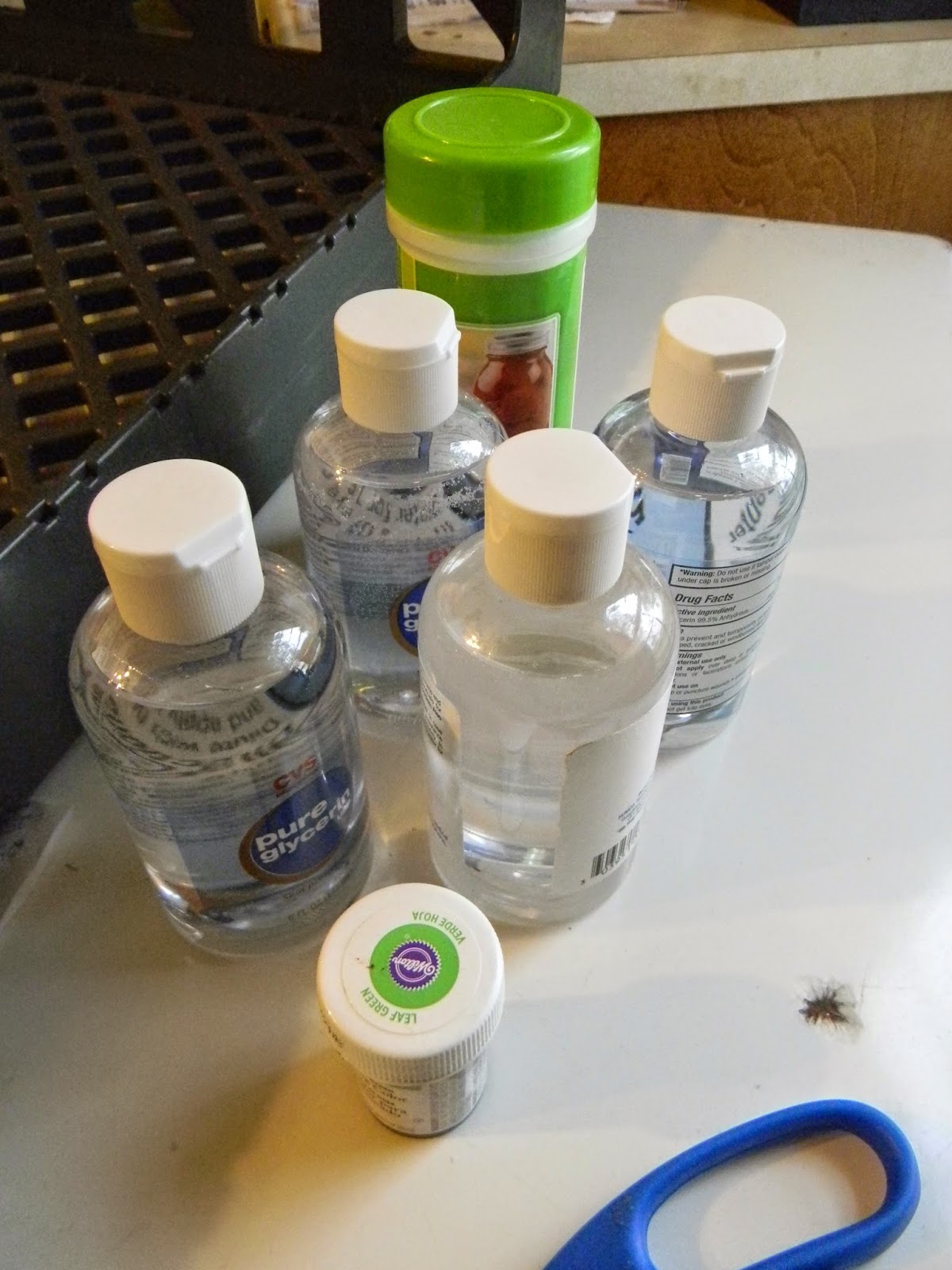 I had not yet found the gallons of glycerin locally so I bought several small bottles where ever I could find them. 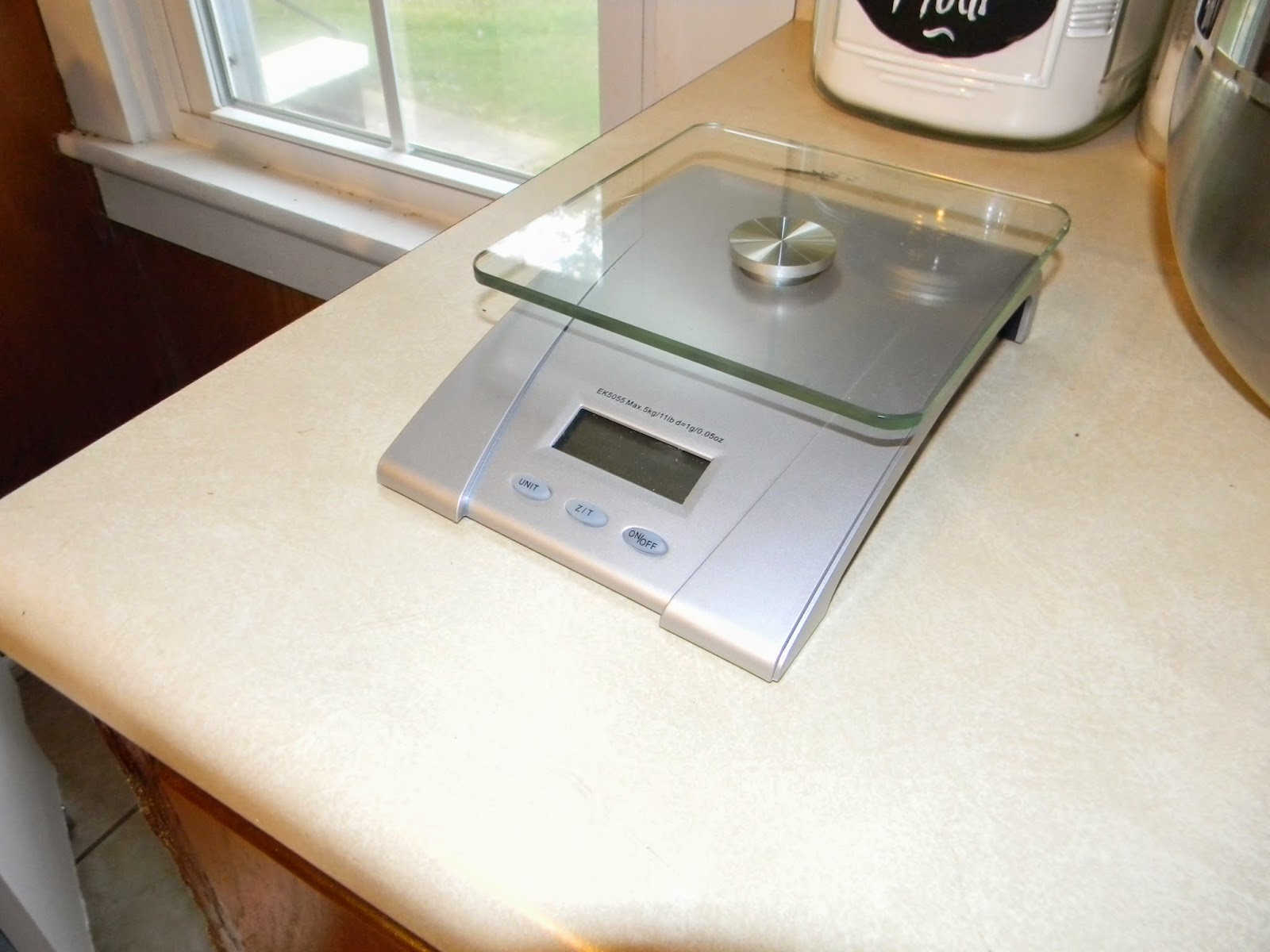 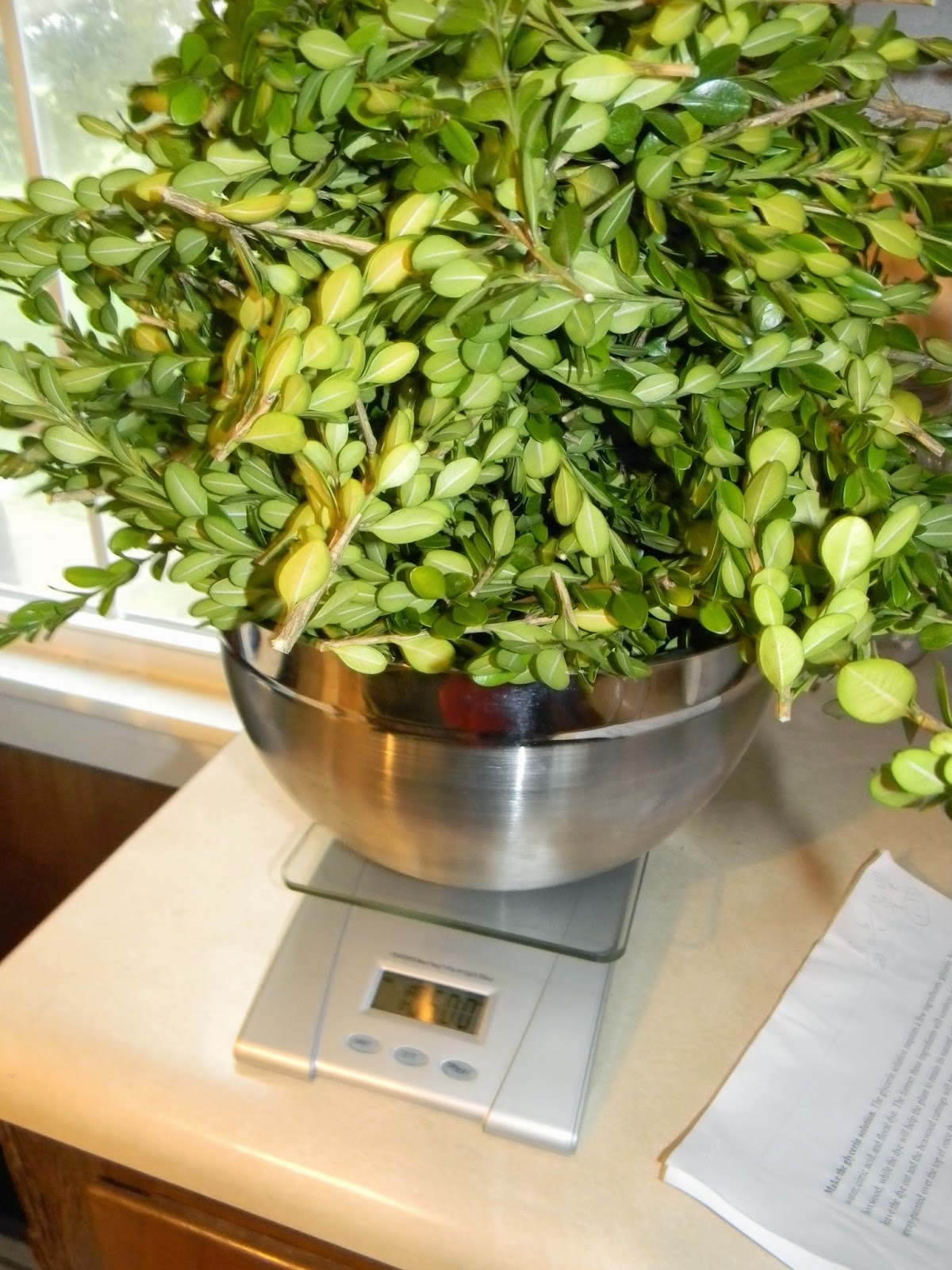 Using a FOOD scale, I carefully weighed the clippings to make sure my ratio for the solution was on the nose.  My mother dropped this off to my husband at work so I could borrow it for this project.  He thought it was funny to keep referring to it as my "weed scale"... since I was weighing what he considered to be "weeds".

This is where it really got fun!  -Not really-  I painstaking laid the clipped pieces into the tub making sure that each stem base was touching the bottom of the tub. 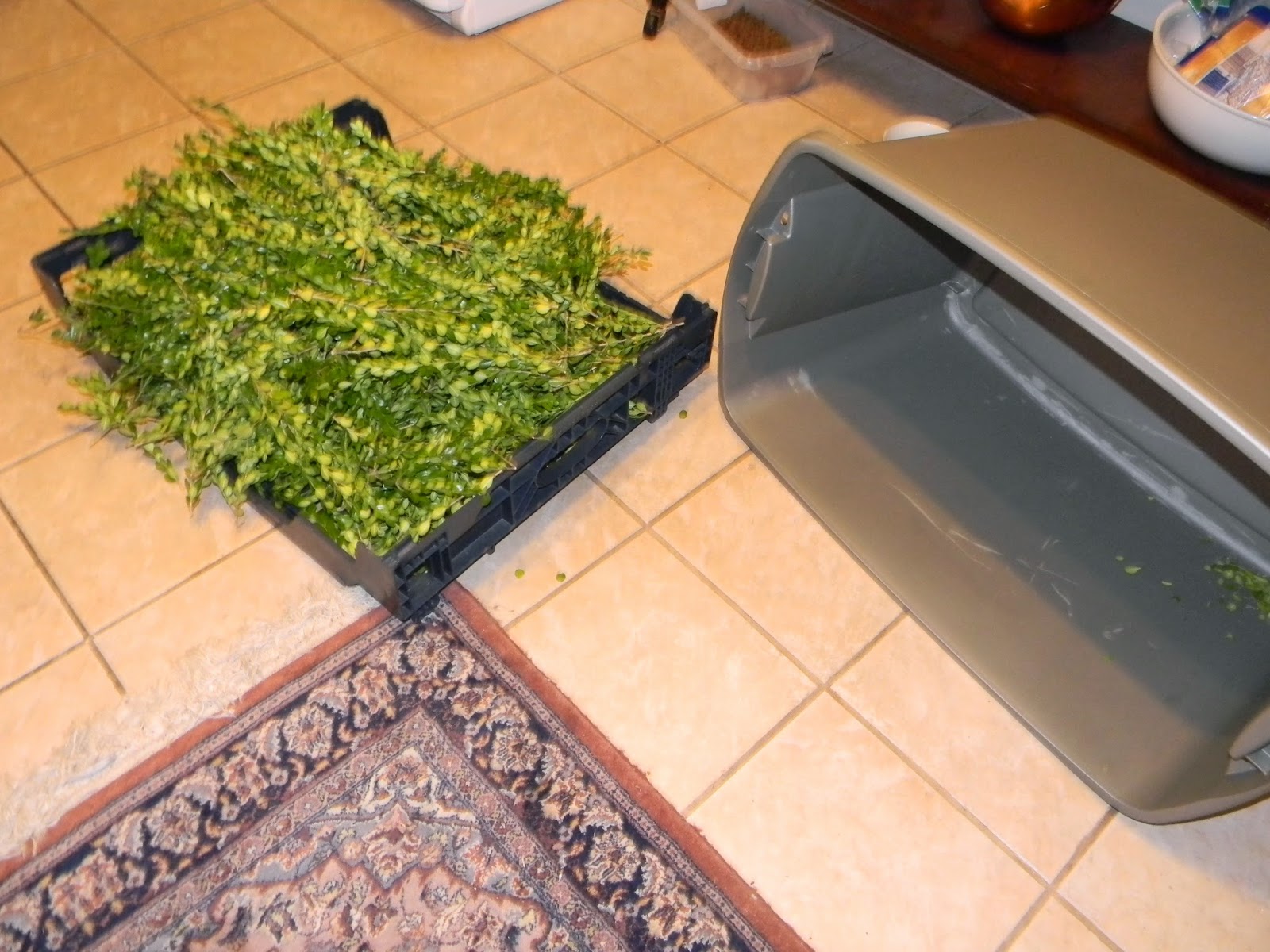 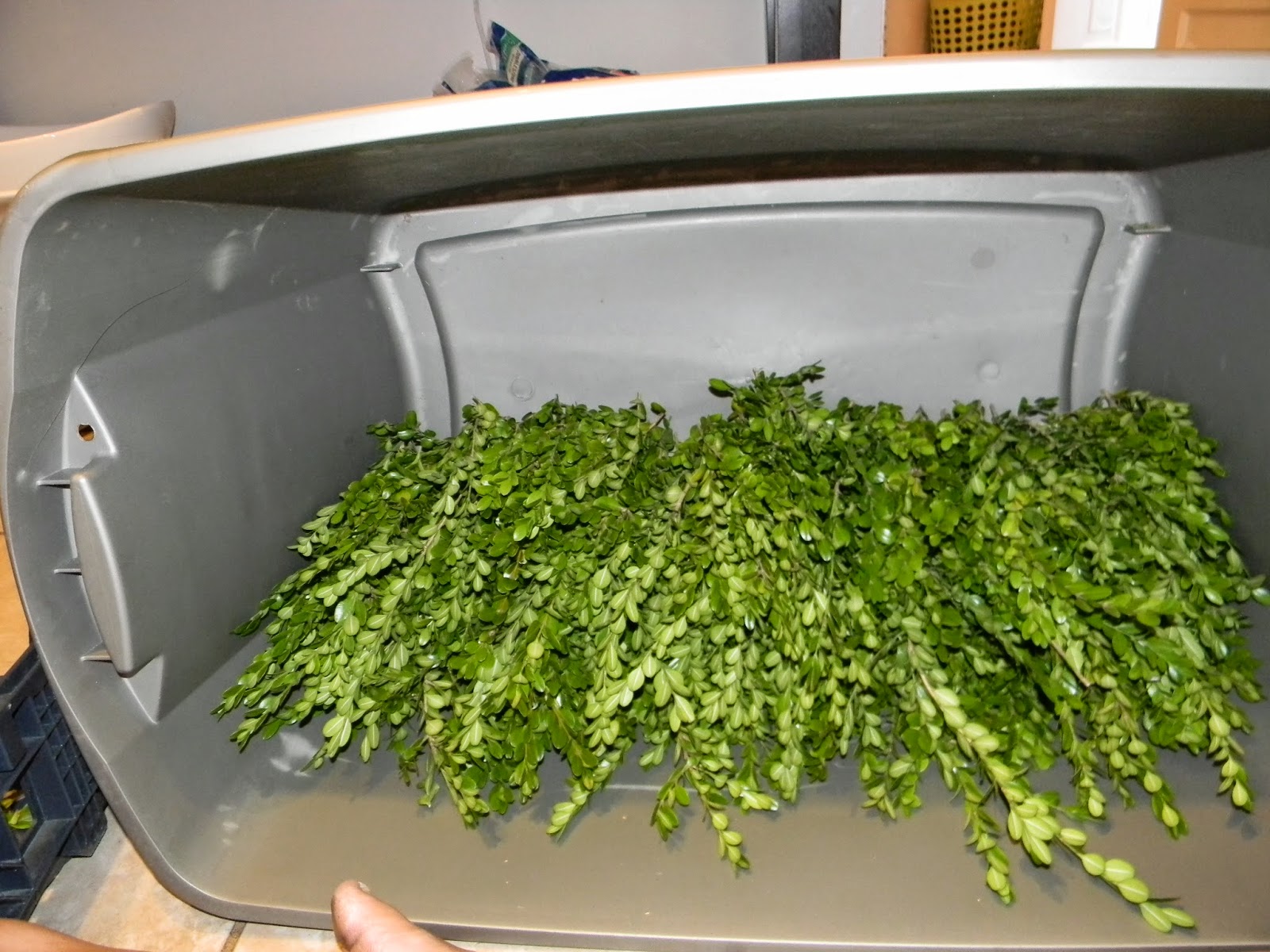 Here is the mixed solution.  I carefully poured it down the side of the tub once it was full. 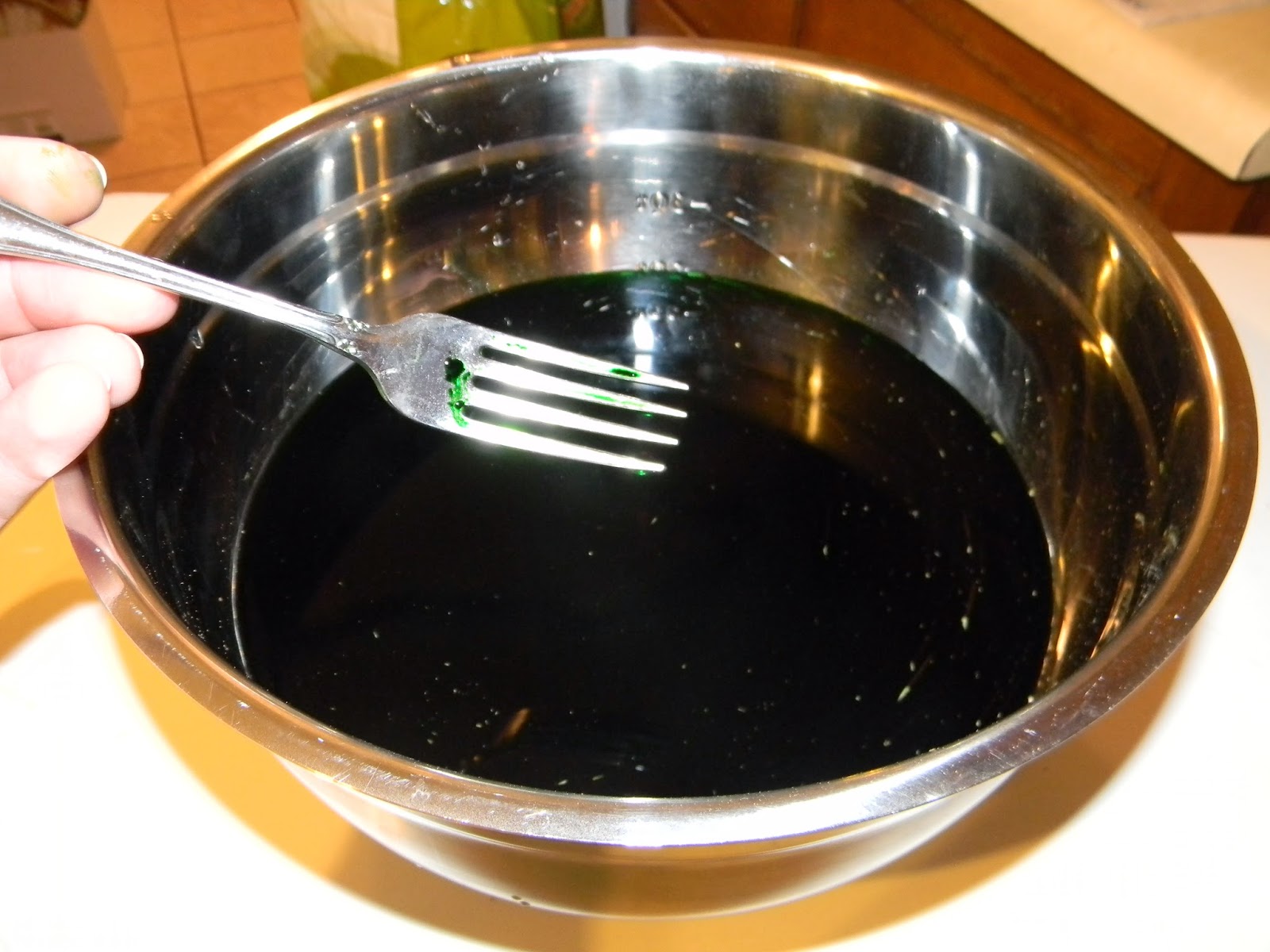 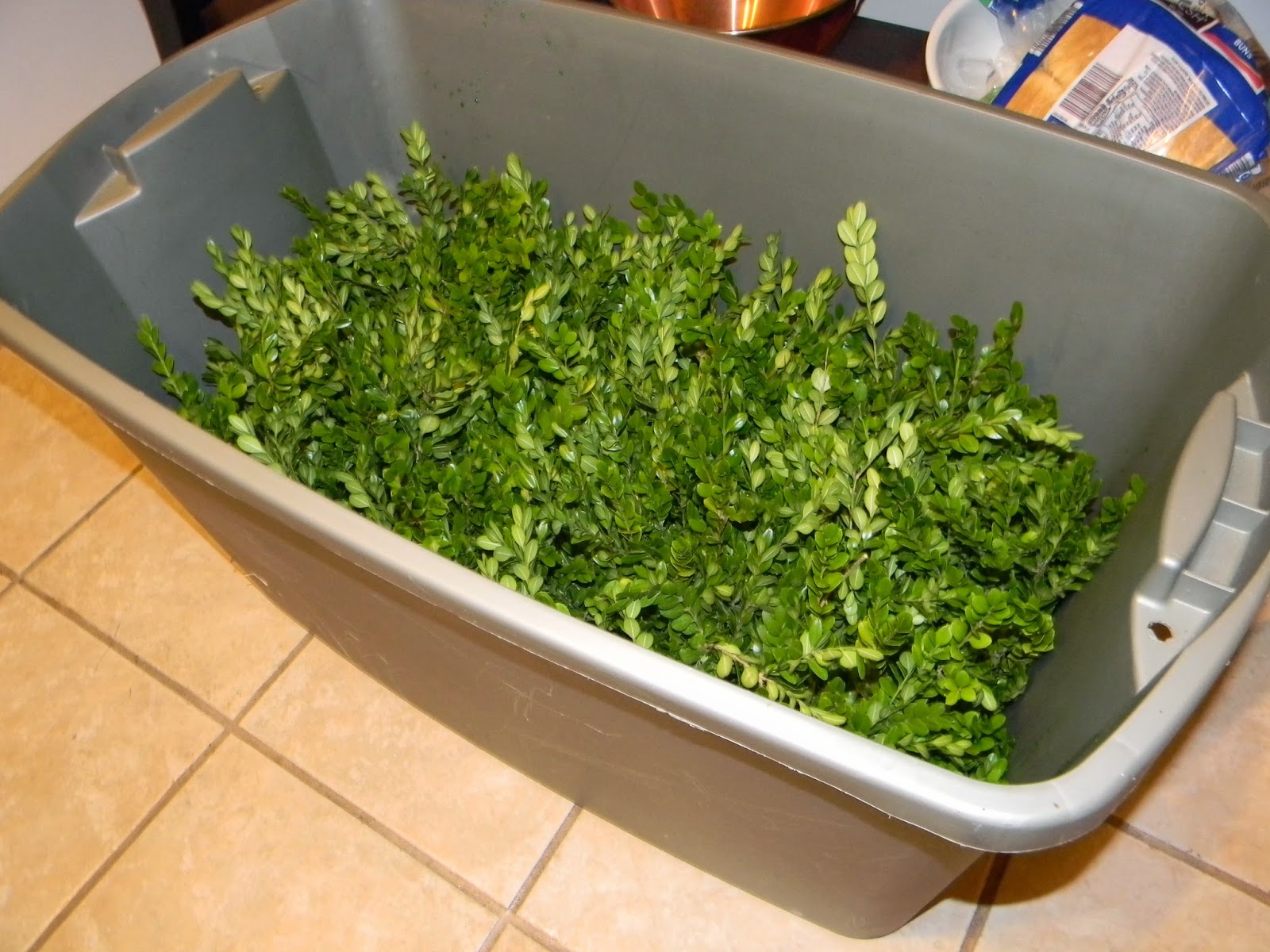 About 9 days in, all the liquid was absorbed.  I took the stems out and placed them in a crate, upside down.  Within 48 hours they were browning slightly.  I think maybe I should have used a little more food coloring considering the amount of stems I was working with.  They seem to be preserved well, just not that gorgeous green I was hoping for.

Has anyone else ever tried this?
﻿
Posted by Unknown
Email ThisBlogThis!Share to TwitterShare to FacebookShare to Pinterest